These Are a Few of My Favourite Things…

This week for my inaugural posts on this adventure I would like to share with you all a few of my favourite photos to this point (and the stories behind them).  You’ll notice on here most of my photos are of landscape and architecture.  I’m not so great/experienced at taking shots of people/animals quite yet, but I’m excited to learn! 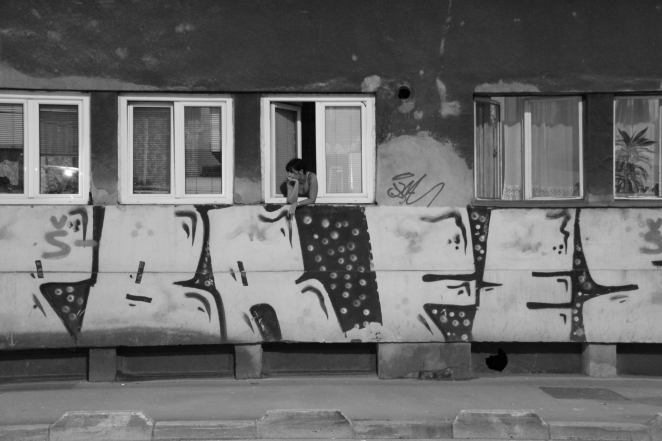 The Story:  After two flights and a 9 hour train ride from Zagreb, Croatia, we had taken a cab from the train station to our hotel in the middle of the city.  It was dark out but still mild outside (it was early September) and the streets were still pretty lively.  The city had a surprising layer of graffiti which is what I assume comes from the growing pains from a city divided by war just 20 years previous.  Just outside of our hotel, which was set back into a courtyard, was a giant Tom Waits poster, and when I turned around from admiring the poster I saw this woman hanging out the window.  I set my camera to ‘black and white’ and capture my first Bosnian on digital film.

Why I Love It: I love the mystery behind this one.  Who is she?  Who or what is she waiting for?  Maybe she’s just hanging out.  Maybe we would be friends and we could talk about music and art and stuff.  Also, I don’t often shoot in black and white because I like colour so much, but I feel like this photo wouldn’t have the same effect in colour. 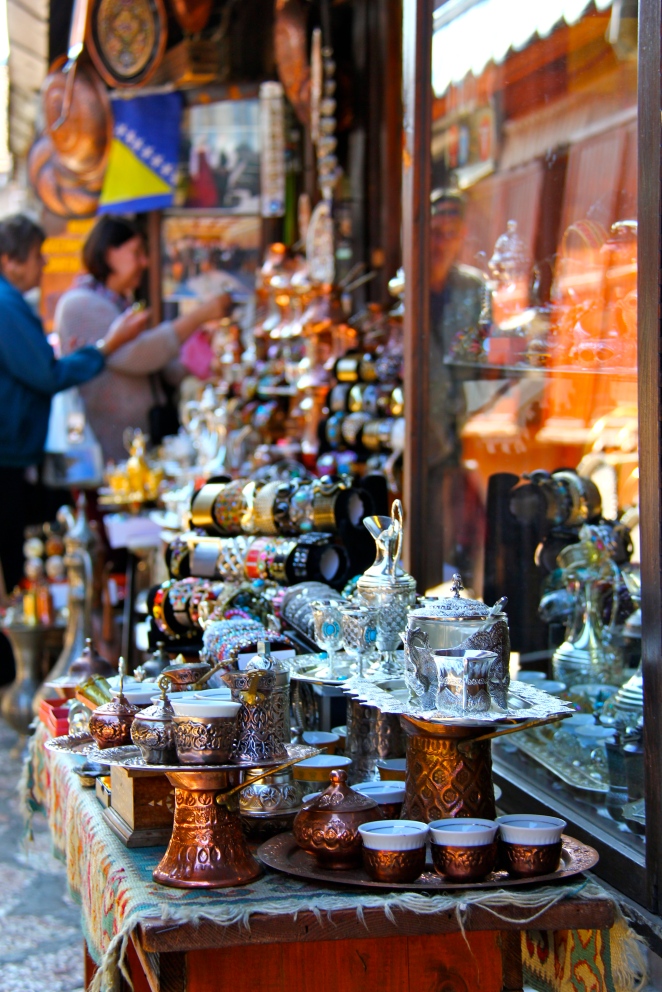 The Story:  The above photo was taken on “Coppersmith Street” in Sarajevo, Bosnia.  It was about 1000hrs and the sun was coming up from behind the mountains that envelop the valley in which Sarajevo sits.  My mom and dad and I had finished our breakfast and our first foray into Bosnian coffee and wandered into the Byzantine quarter of the city.  Sarajevo is known for their copper wears and I was excited to buy a copper coffee set (which I did).  The street featured long rows of this kind of set up selling items like coffee sets, tea sets, jewellery, repurposed shell casings and bullets.  The streets were made of slick cobble stones and low wooden roofs.  We met a coppersmith who was taught the trade by his father and his grandfather and gave us a demonstration of how he pounds the sheets of copper into shape and hammers designs into the products.

Why I Love It:  One of my friends told me that when they look at this photo, they can hear the street, and I agree.  I can hear the ‘clink clink clink’ of the hammers and smell the cevapi and coffee in the air and it brings me back to my first day in Bosnia.  The lighting worked very well and I like the depth of the photo.