Day 8: Whatever Happened To My Transylvania Twist?

This morning we woke to a huge thunder clap and a downpour – it was like Brašov was telling us that today was the day to do laundry.  Ma and Pa found a laundromat down the street and were prepared to stay there all morning, but a sweet little lady at Beta Clean told us to drop our laundry off and pick it up in an hour.  So we did.

Today we wanted to go up the mountain.  Mount Tampa has a cable car that takes you 3,000 feet up the mountain to a cafe with a view of Brašov.  Pa and I were keen, but Ma needed some convincing.

We climbed aboard what probably is a Soviet era cable car made by Italians for a stuffy 2 1/2 minute climb to the top.  The view was great – you could see the old town, sprawled out as if in miniature as well as the valley beyond the city.

Much to our chagrin, the cafe at the top were closed, so we decided to just head back down and find a cafe in the old town.  We found a bakery in the square Piata Sfalutui and had some snacks and drinks. 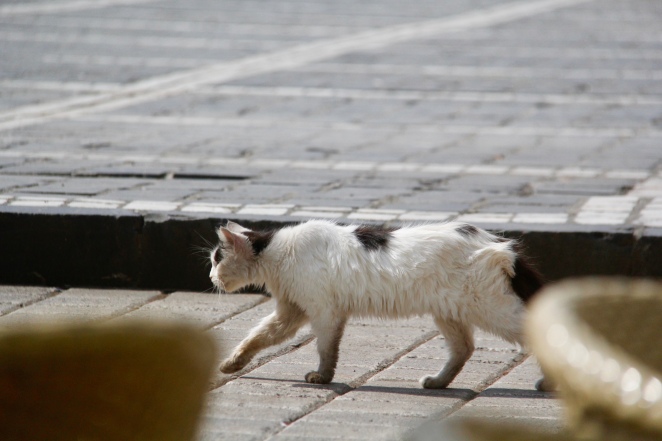 We noticed that the main square has a few stray cats – mangy looking but cute.  They don’t bother you when you’re at your table and they just sunbathe and stalk pigeons. 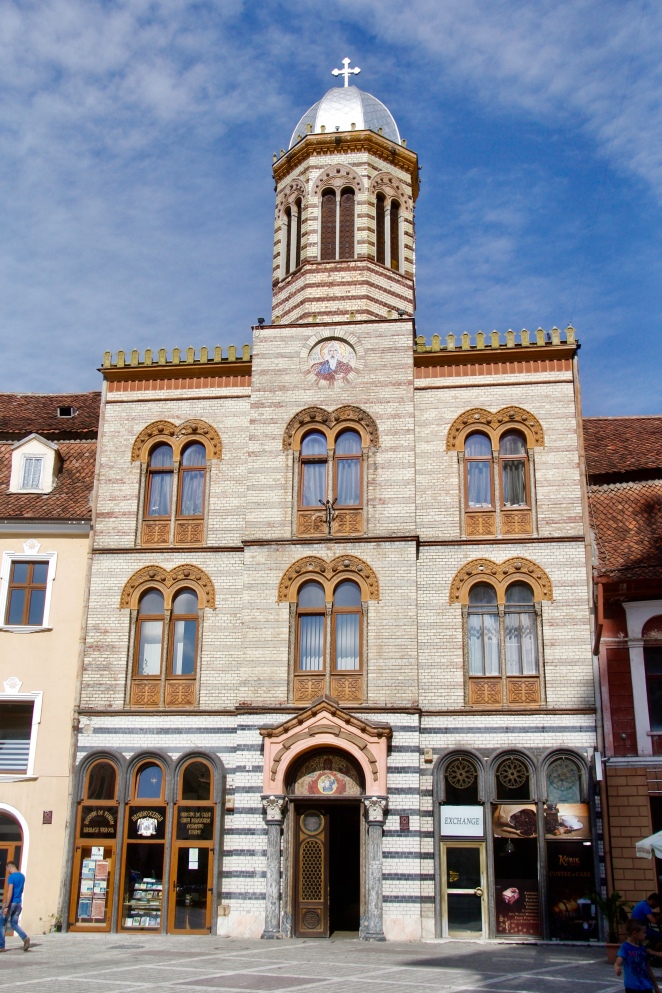 Ma and Pa headed back to Beta Clean to pick up our clean clothes while I got some solo time to sunbathe with the cats in the square. 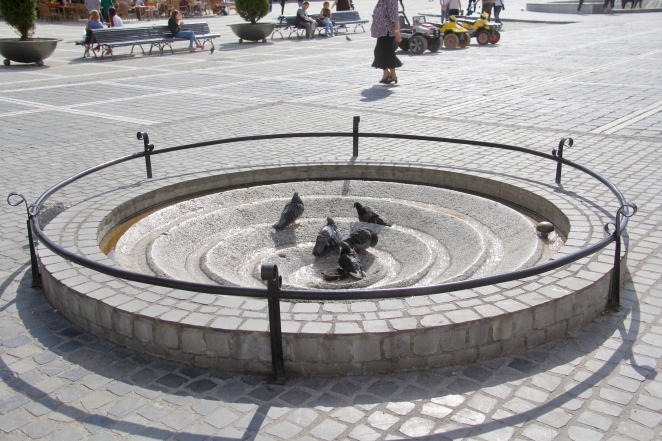 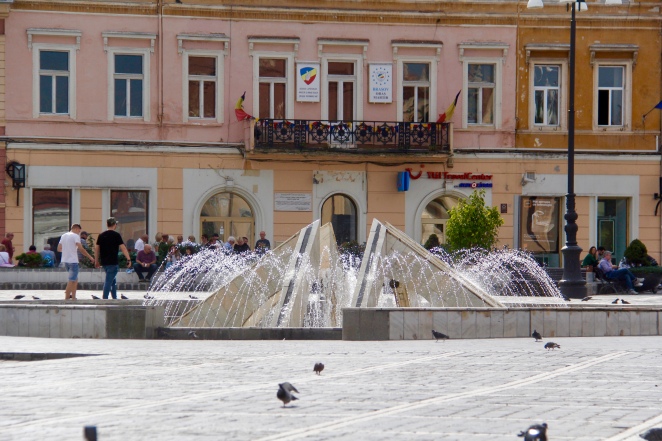 For dinner we went back to La Ceaun because the food was so good and the waiter was so charming.  Pa and I had beef pie while Ma had duck on an unending sea of cabbage.  We also tried some traditional Romanian dishes – a spread made of sweet peppers and white beans, a strong yet smooth brandy and a plum dumpling for dessert.  It turns out our waiter has actually spent a bit of time in Vancouver and spoke fondly of sushi, Tim Horton’s coffee and poutine.

After I got to snuggle a fluffy black puppy, we waddled back to Drachenhaus for an early night so that we can get a good night’s sleep for castle-ing tomorrow.

One thought on “Day 8: Whatever Happened To My Transylvania Twist?”