Today we woke up to another grey and blustery day in Sozopol.  We packed our things and headed down for our last breakfast on the Black Sea.  Our wonderful innkeeper (we never did find out his name) gave us a bottle of Bulgarian red wine to take home before handing us over to the capable driving hands of Ivan, the sweet gentleman who had driven us from Veliko Tarnovo to Sozopol (we hired him again because we like him so much).  By 0945hrs we hit the road, the soundtrack from Evita on the car stereo, heading west, towards the city of Plovdiv.  Pa has been really excited to see Plovdiv because it is the oldest continuously inhabited city in Europe, and has evidence of habitation from the 6th millennium BC, and has changed hands between the Romans, Thracians, Ottomans and others plenty of times.  Pa is mostly interested in the ancient Roman ruins.

By 1400hrs and after a boring drive (what do I know, I slept through most of it) we entered the city limits of Plovdiv and found our hotel.  We’re staying in a boutique hotel here, and it looks like the hotel owns most of the street – two hotel buildings, a bakery, and a special relationship with a really good restaurant across the street, Hemingway.  Also across the street from us, is this: 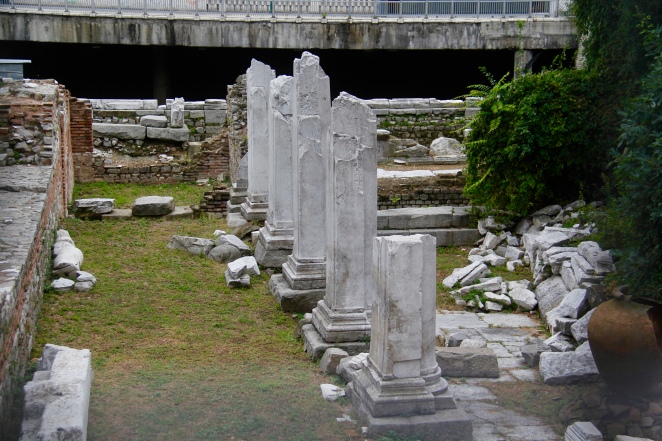 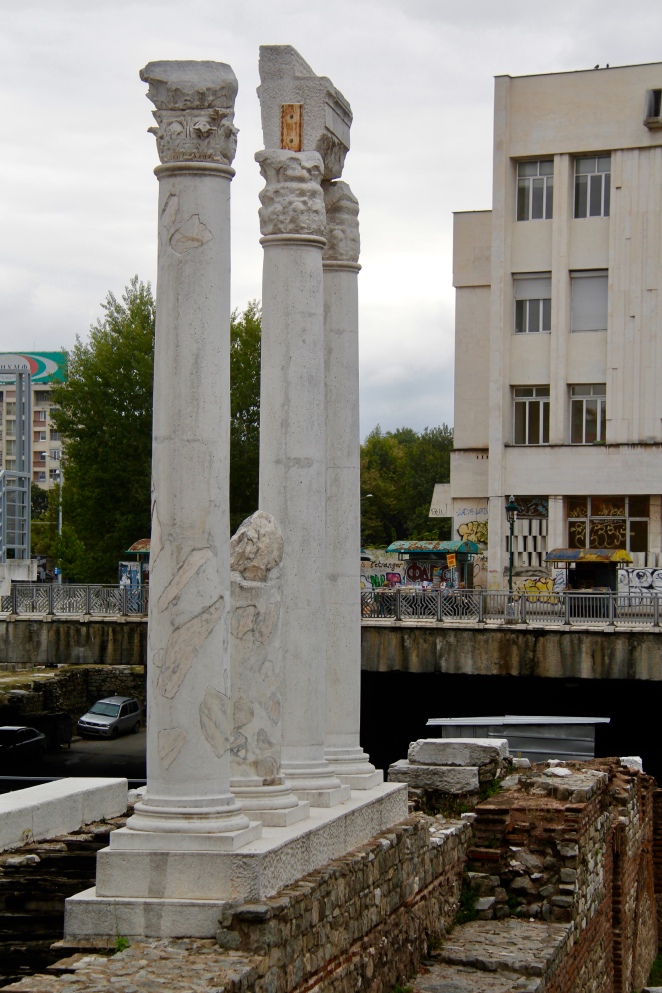 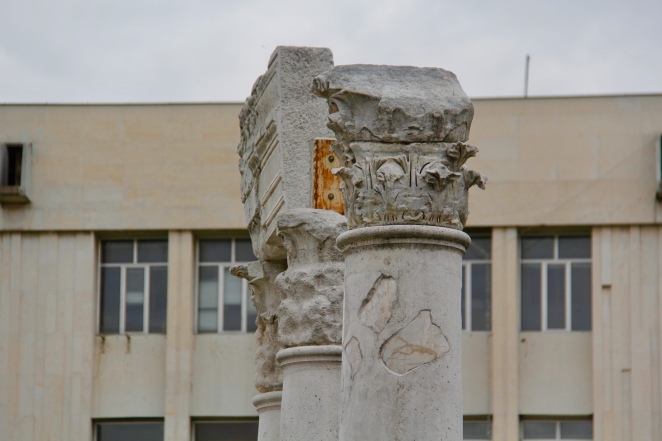 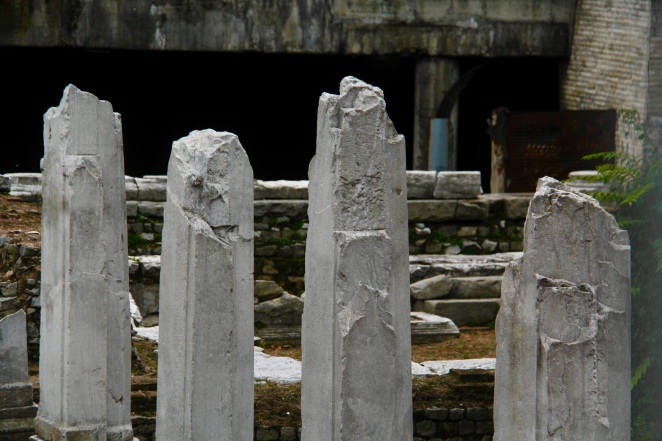 Ruins of a Roman Odeon from the 2nd century AD, also known as the Odeon of Philippopolis (the city was once called Philippopolis as it had been conquered by Philip II of Macedon).  The ruins were uncovered in 1988 and restoration has been somewhat continuous.  The Odeon still houses performances and shows!

There is a lot of old, ancient Roman and Thracian ruins and buildings around the city, including the crown jewel of the ruins, the Roman Amphitheatre, but we wanted to pace ourselves.  We went to Hemingway for a late lunch (more shopska salad for me) as well as bruschetta, spinach salad, beers and cheesecake, probably the best cheesecake Ma and I have ever had.  After lunch we decided to stroll along the main pedestrian street and see what kind of old stuff we would come across. 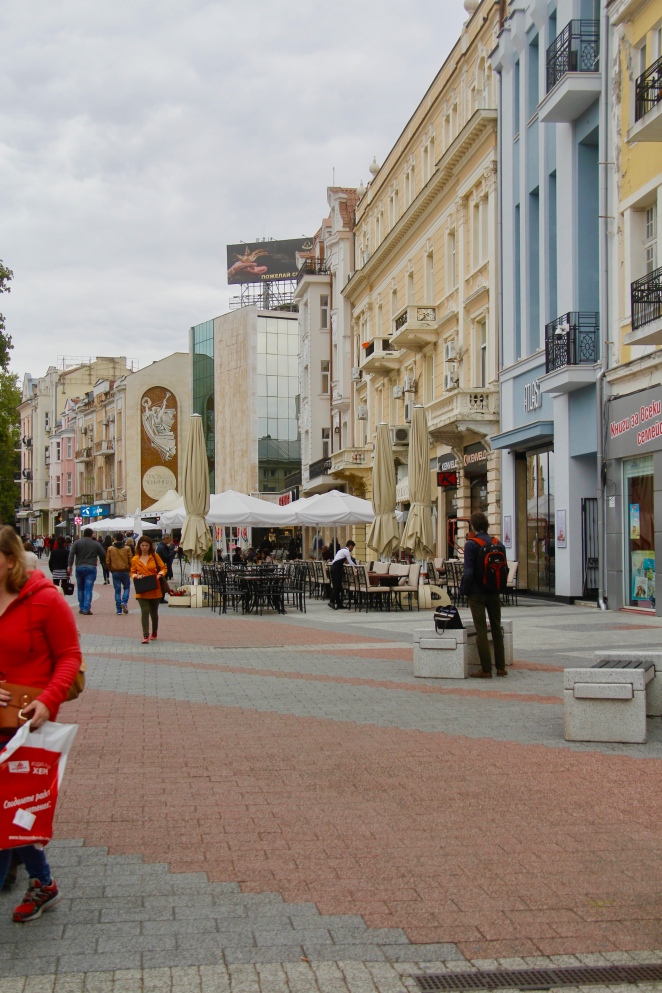 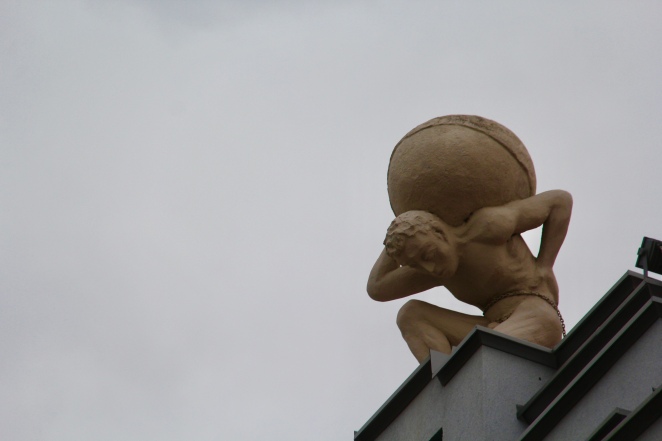 Plovdiv was selected to be the European Cultural Capital in 2019, so they have all sorts of signage and improvement projects around the city. 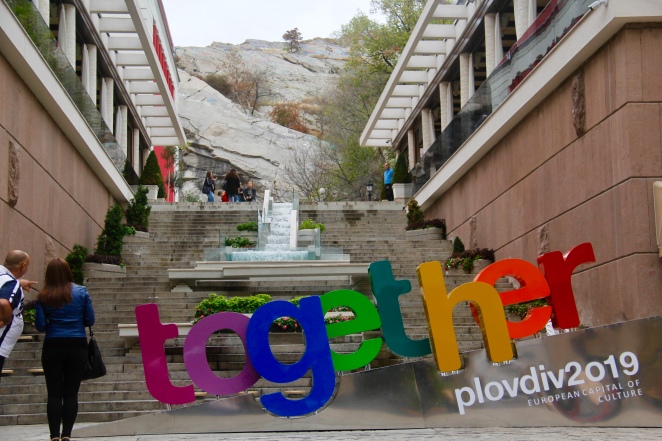 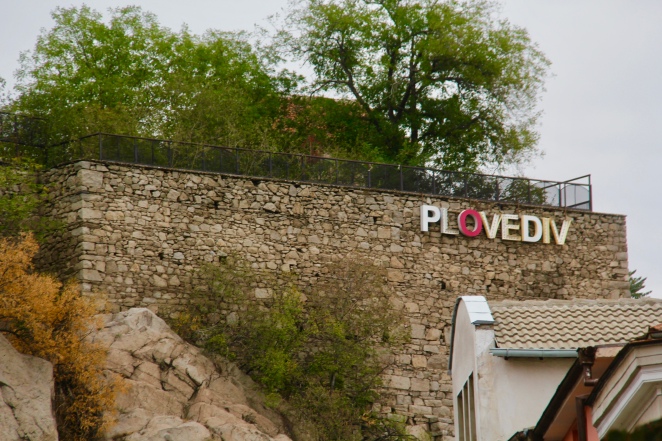 A short amble up the pedestrian street from our hotel we came across uncovered parts of the Plovdiv Roman Stadium, also known as the Stadium of Trimontium.  Again from the 2nd century AD, the stadium (only a part of which can currently be seen) seated 30,000 and housed all sorts of Olympic-type games and spectacles.  Pa was nerding out big time. 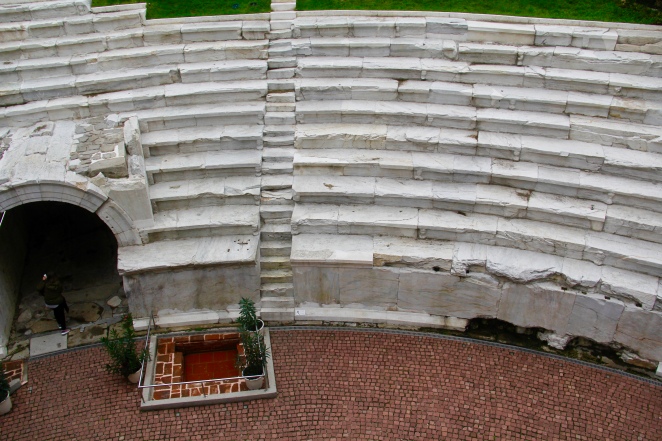 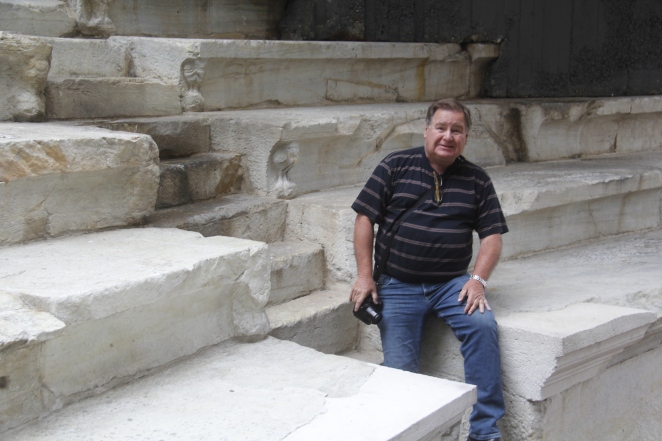 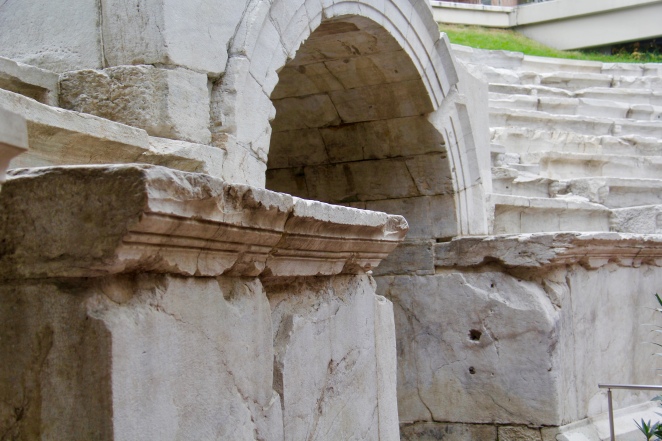 What I like about the ruins is you can walk freely through them, touch them, sit on them.  They are still an interactive yet respected part of the city. 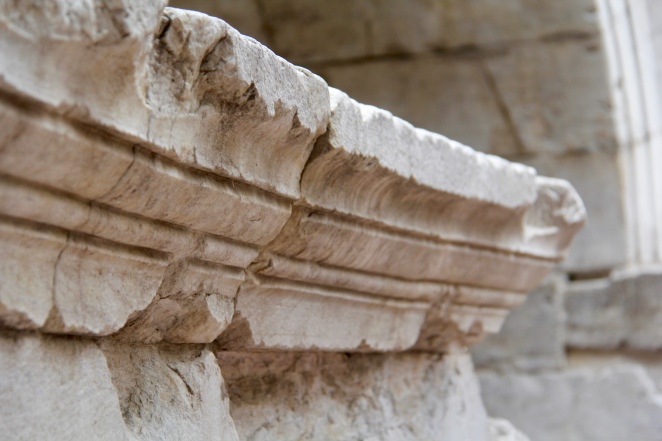 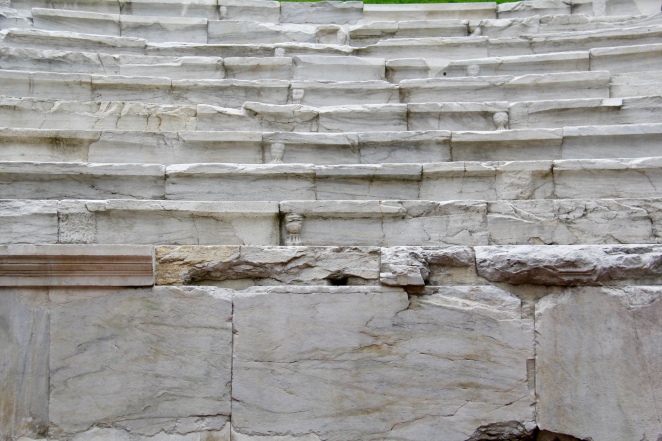 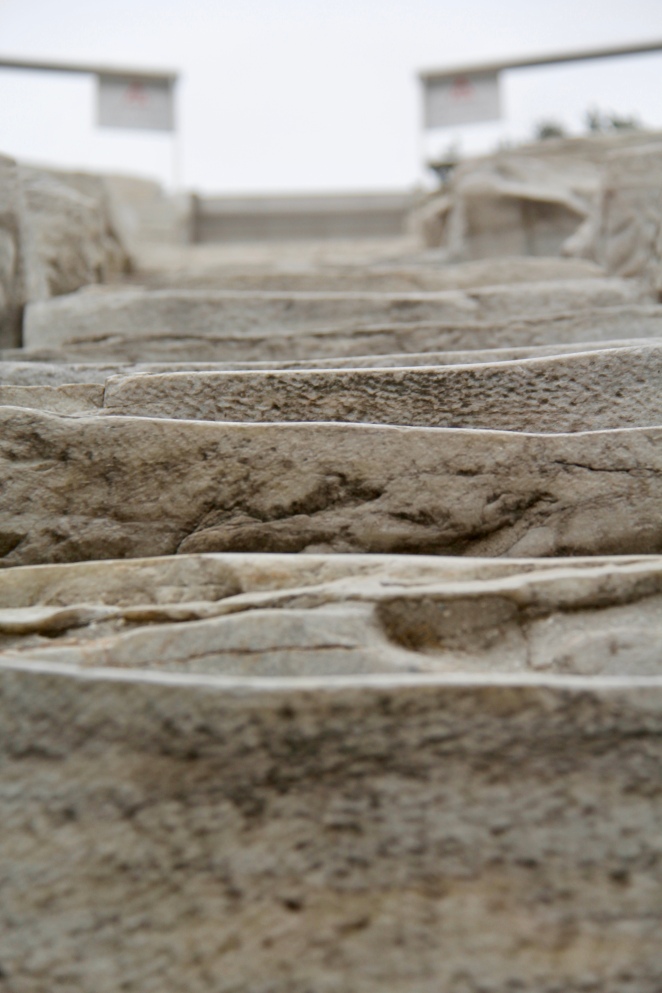 Through the tunnel underpass of the Stadium was a wall built by Hadrian (not Hadrian’s Wall) and the remains of an aqueduct. 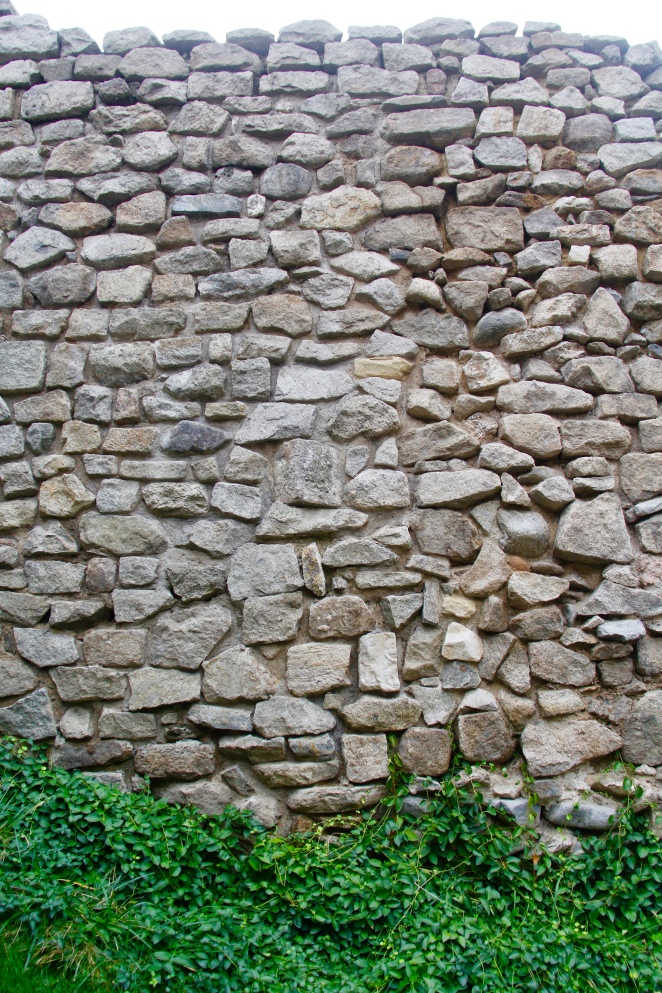 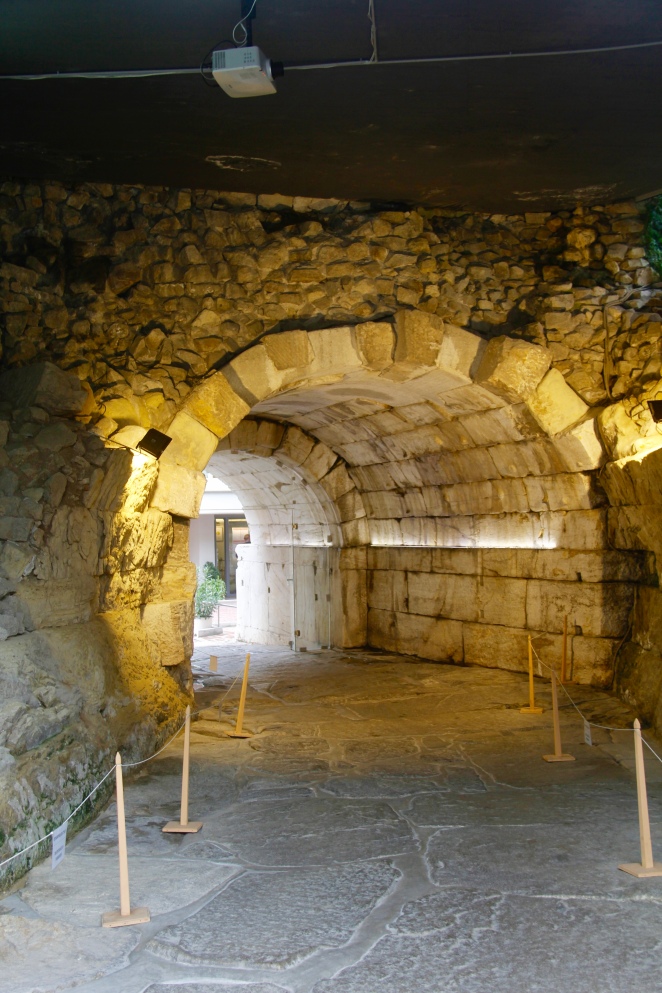 Climbing out of the ruins we came across Dzhumaya Mosque, built by the Ottomans in 1363.  The Mosque marks the start of an artsy and funky district known as Kapana, or in English “The Trap”.  We decided to save Kapana for a later day on our trip. 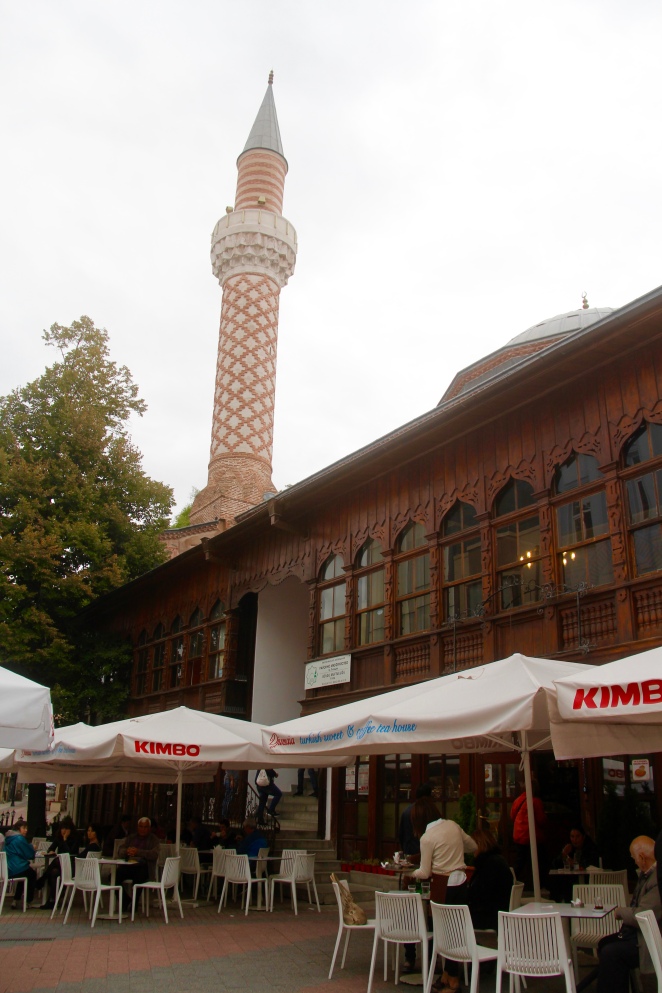 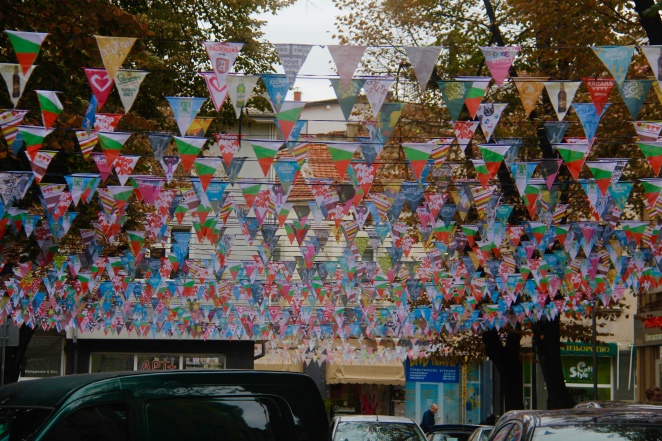 Attached to the Mosque is a Turkish coffee house, and Pa and I can’t say no to that potent, thick sludge. 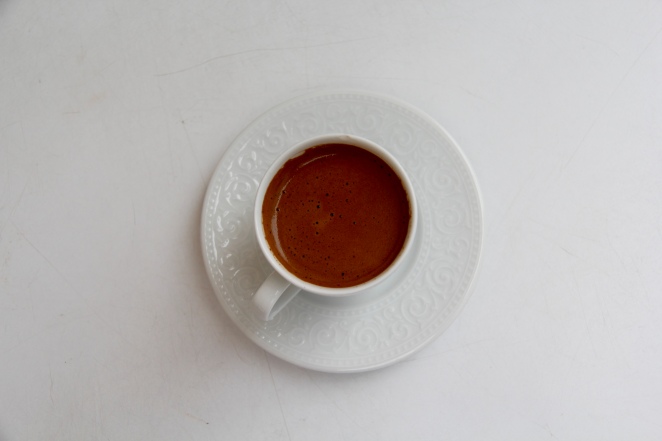 We wandered back down the pedestrian street, looking in the shop windows and admiring all the fashion and “fashion”.  There are a lot of menswear shops, some with beautiful suits and jackets (those who know me know how much I loooooove a beautiful coat on a handsome man) and some hawking the worn-and-torn-yet-bejewelled jeans I have seen far too much of on this trip. 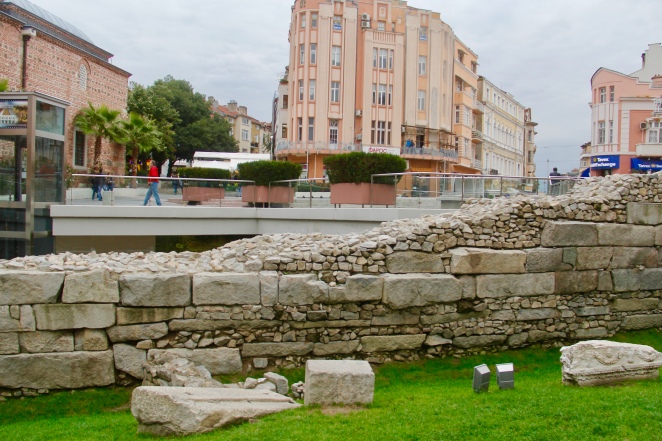 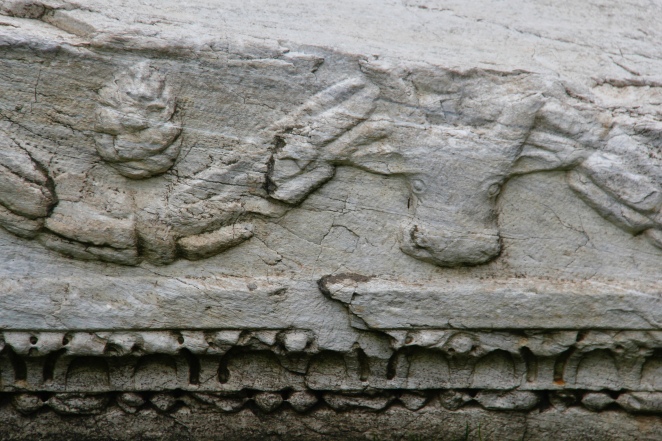 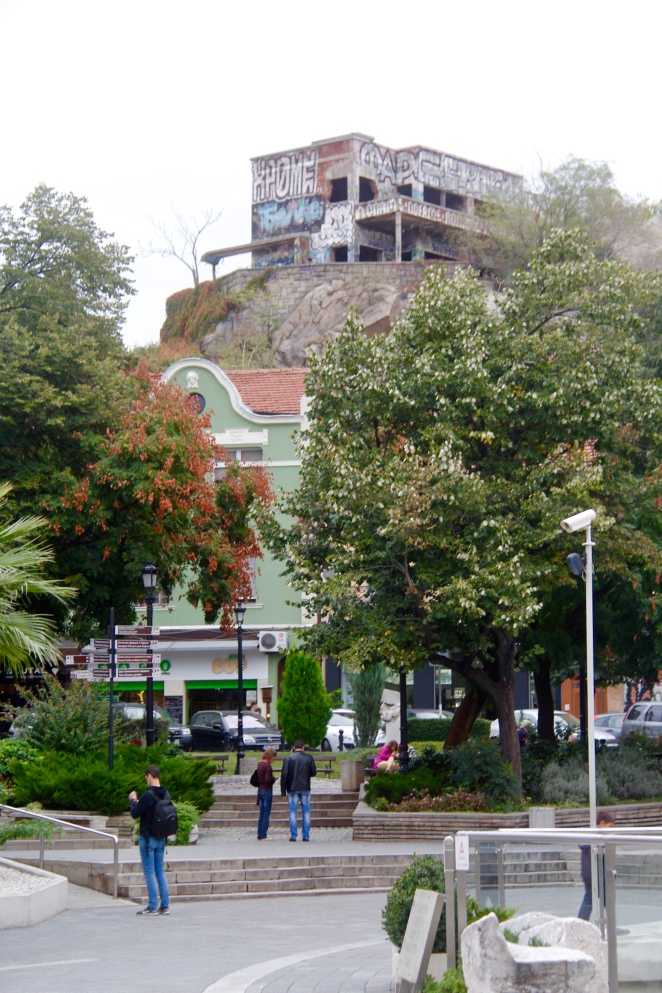 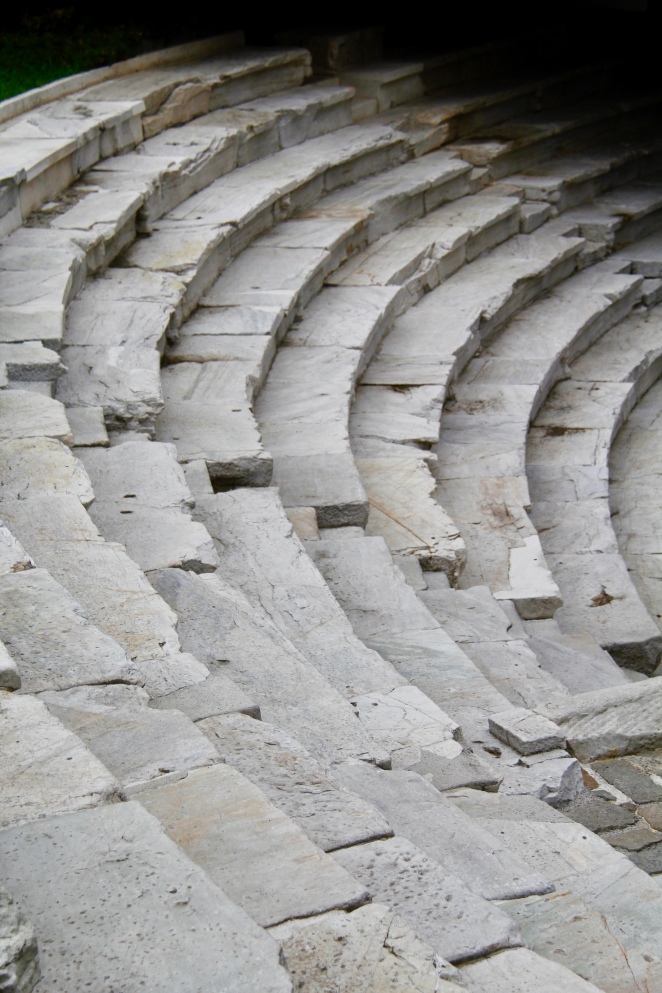 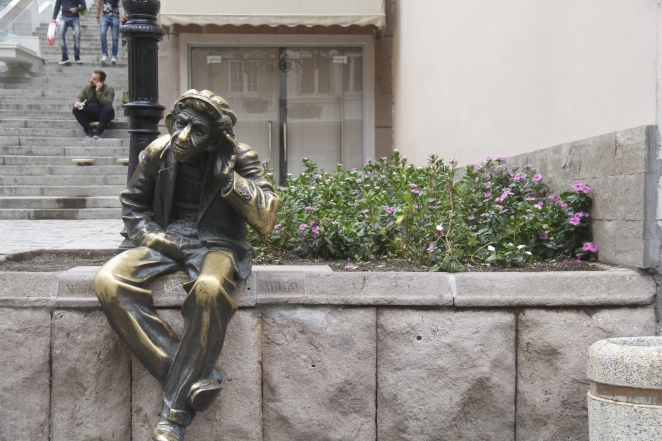 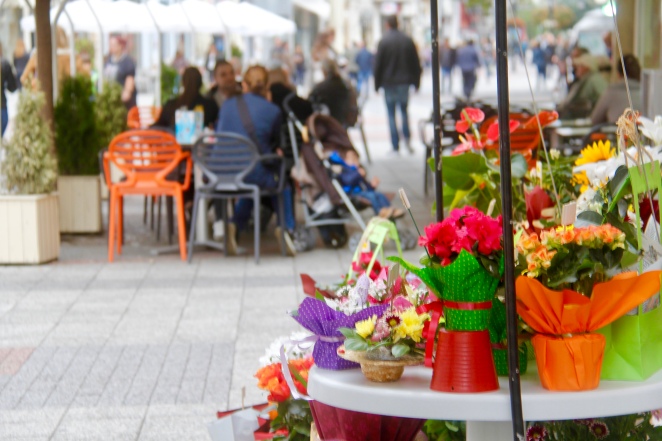 It was dinner time by the time we got back to our hotel, and we weren’t particularly hungry, so we settled for some pastries and coffees and snuggled down for the night. 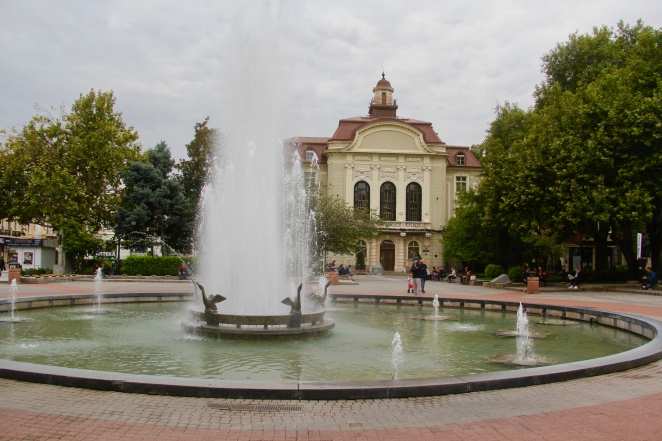