Today is our last day in Plovdiv before we head to our last city on this trip, Sofia.  There were only 2 sights left that we wanted to see in Plovdiv – Tsar Simeon Garden and the Kapana.  We (Pa) woke up bright and early and we headed down to another outstanding hotel breakfast, then headed out to the post office, sent some more postcards, and headed into the Garden. 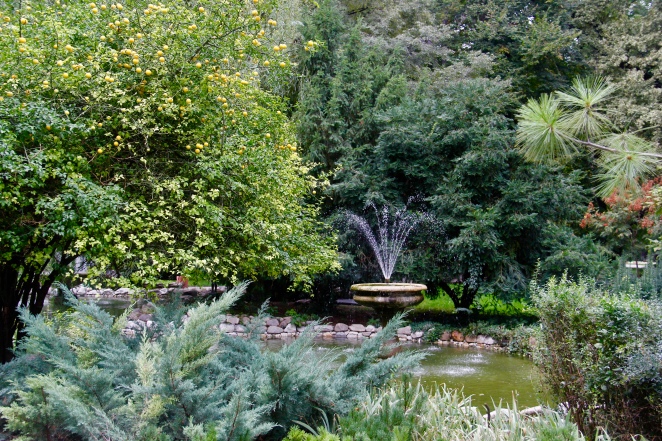 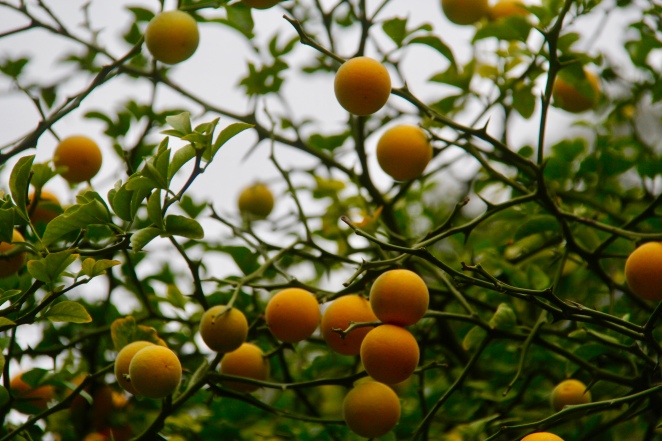 The Garden is apparently recently “renovated” and boasts fountains, ponds, art and “art”.  One of the recently refurbished fountains is Demeter’s Fountain, dedicated to the Greek goddess of the same name. 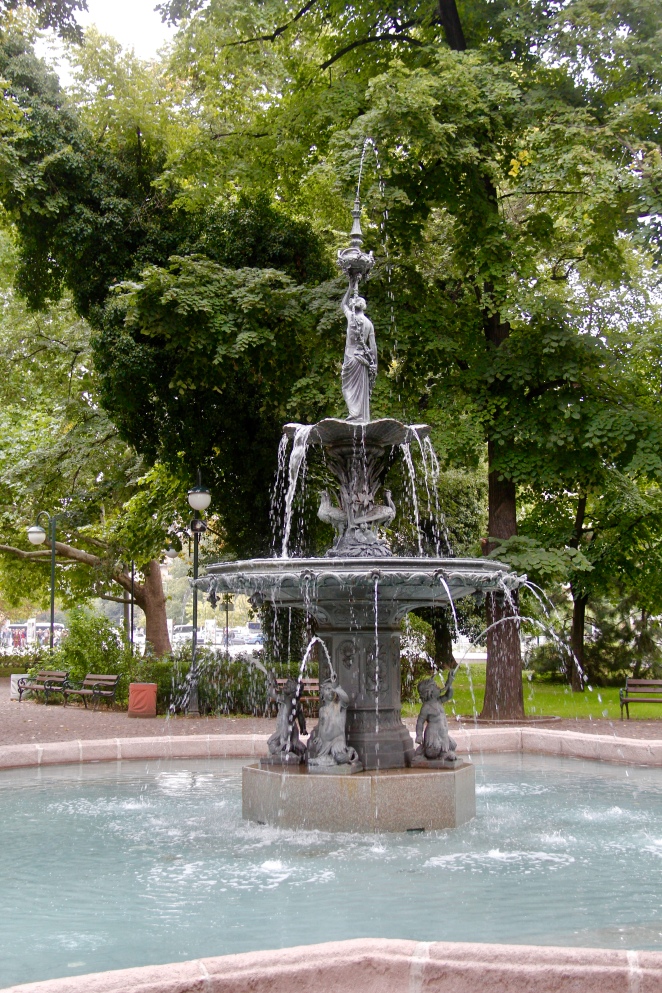 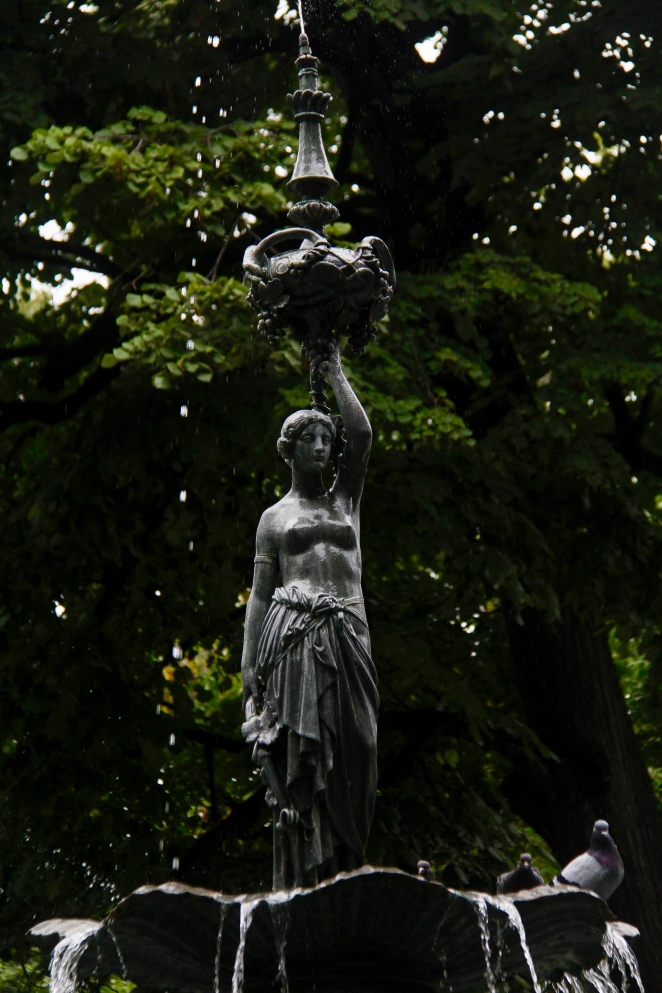 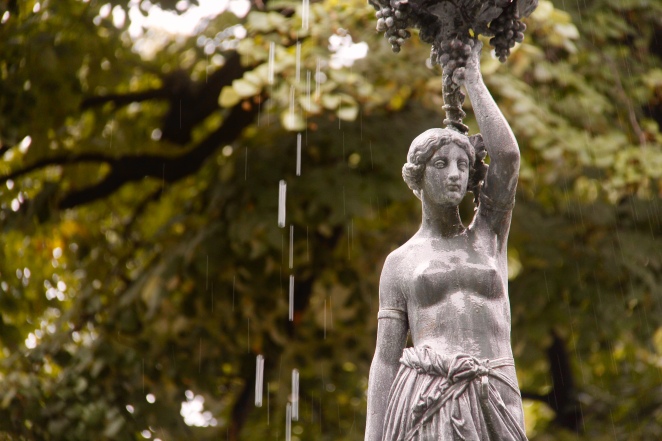 The Garden had all sorts of sculptures and statues, some beautiful, some thought provoking… 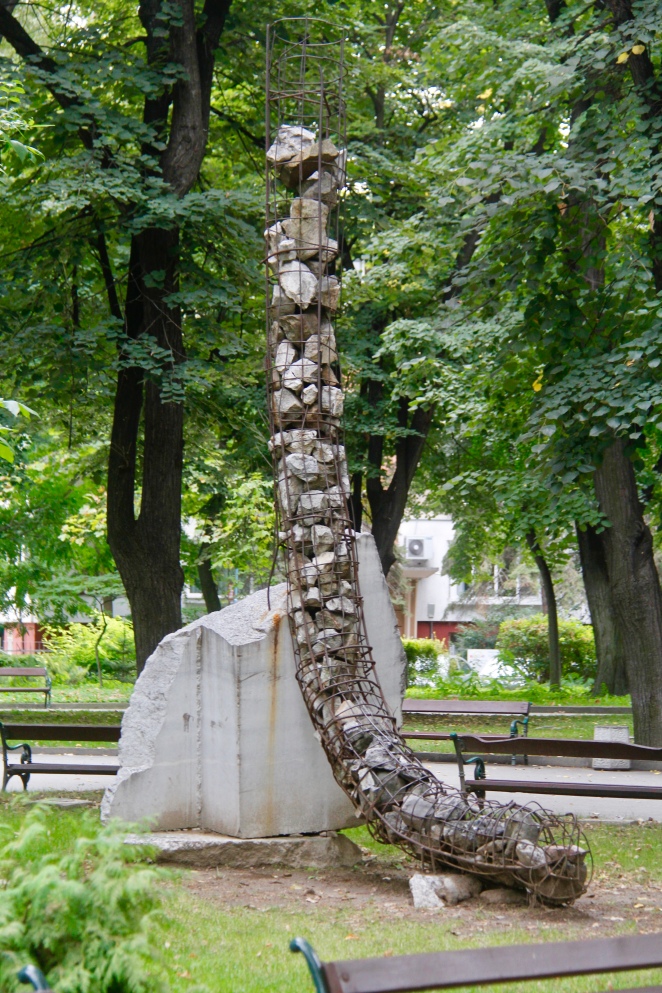 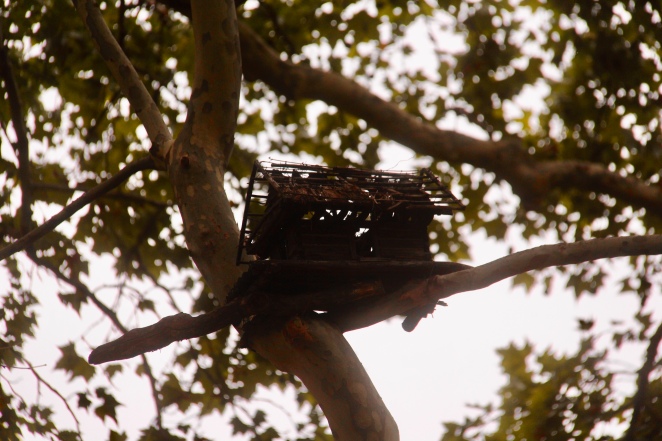 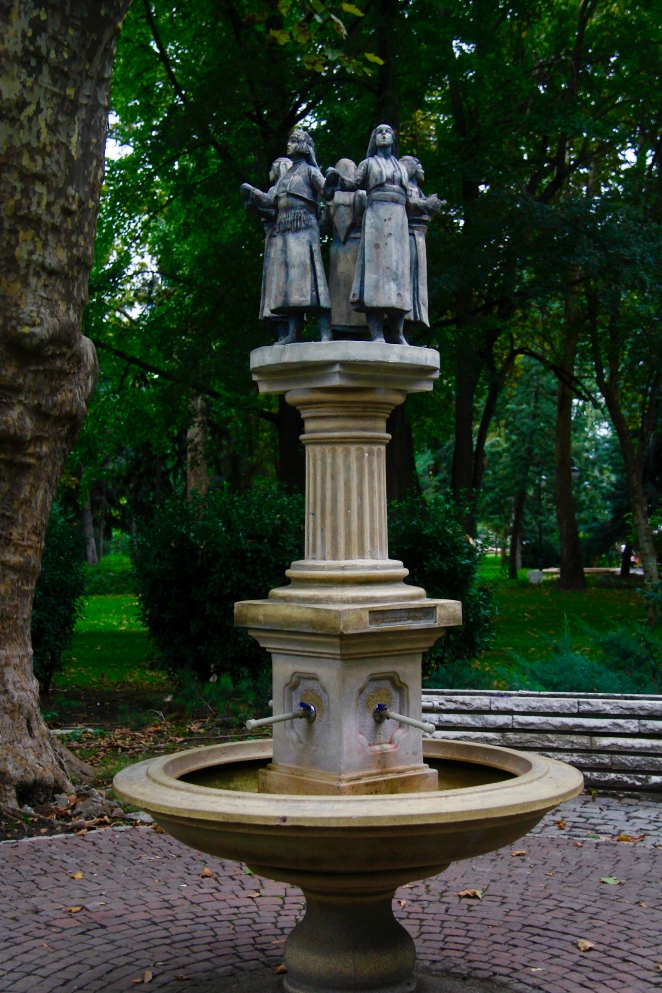 Finally we arrived at the “Singing” Lake, a large man-made fountain/pond that when approached it, was BYOS (Bring Your Own Singing).  There was a lovely covered cafe beside it, so we sat down and enjoyed some espresso con panna while some of the waterworks in the lake started, but no singing.  Apparently on Friday and Saturday nights, there is music and a light show. 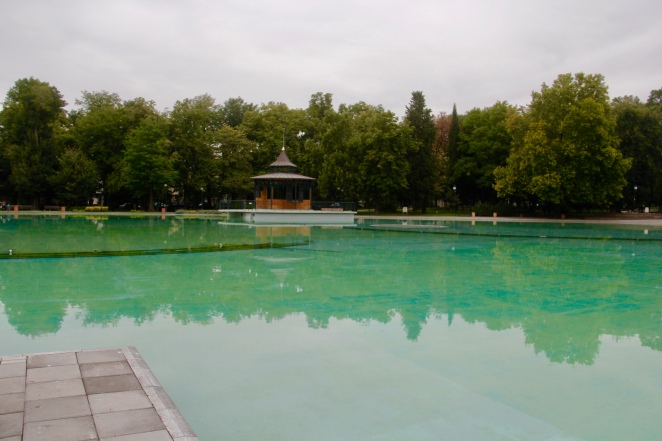 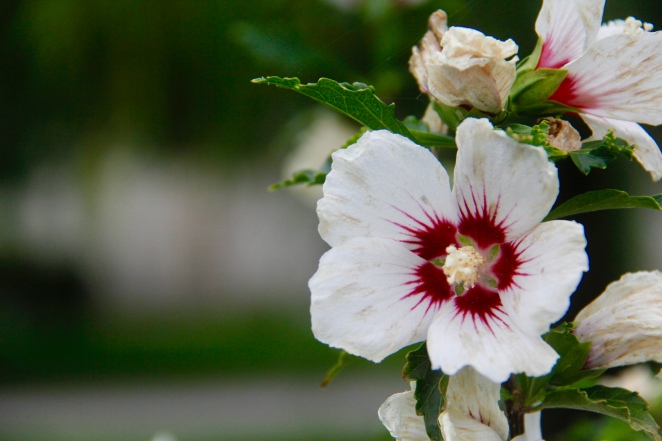 At the end of the Garden is tall monument dedicated to Philip II, who named the city Philippopolis, is seen here with both eyes (according to Pa he lost one at some point) and died under mysterious circumstances (was it his wife?  His ambitious son, Alexander the Great?  We’ll never know…). 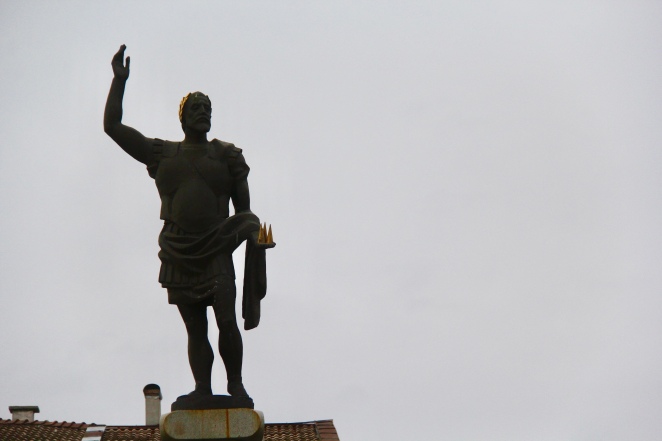 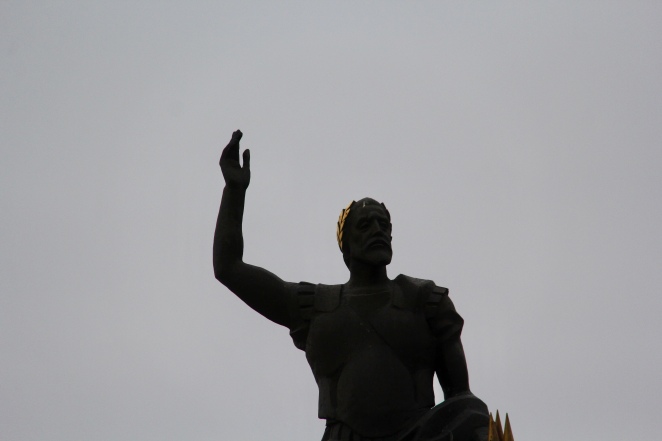 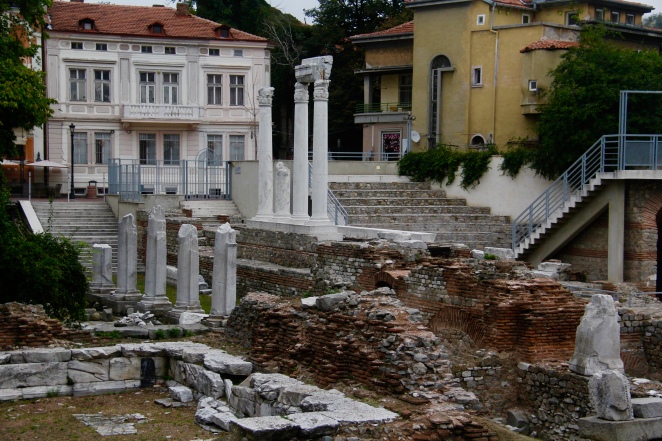 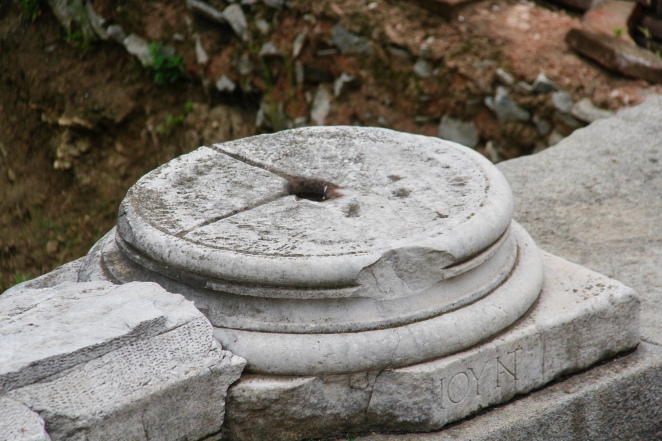 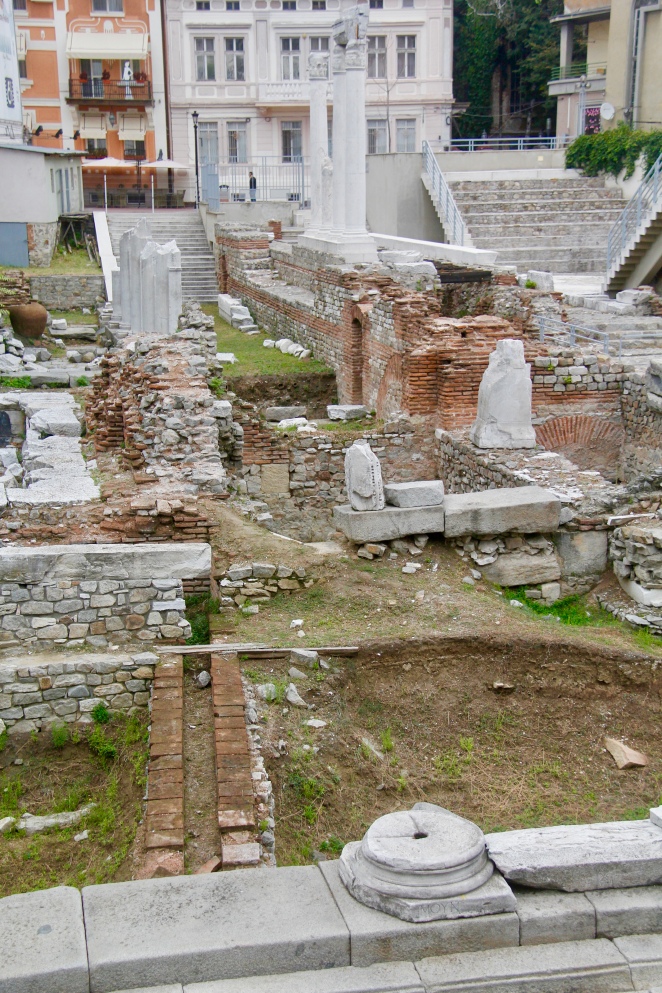 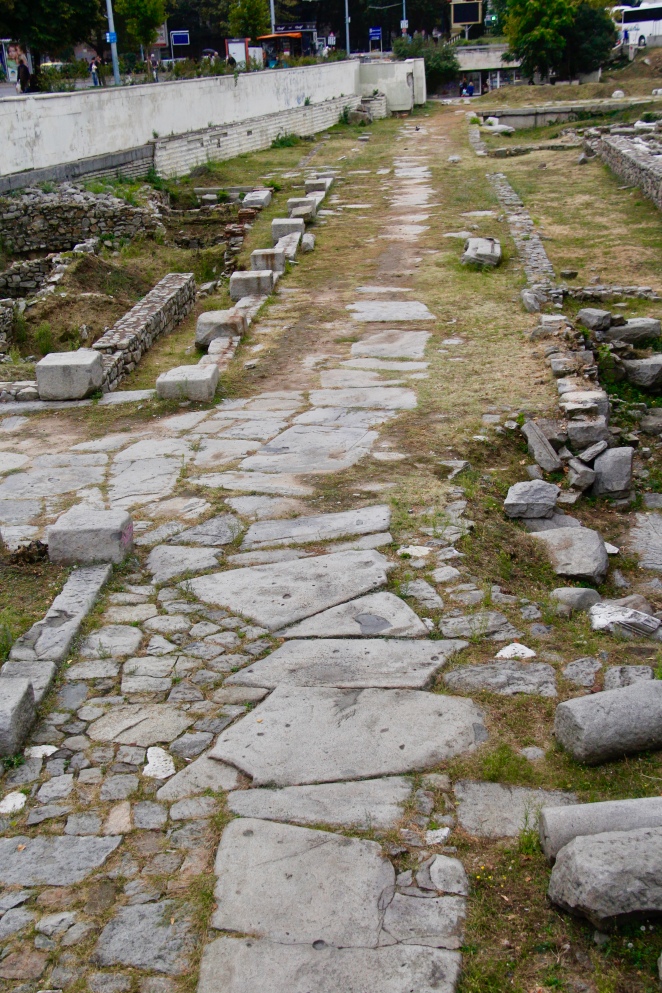 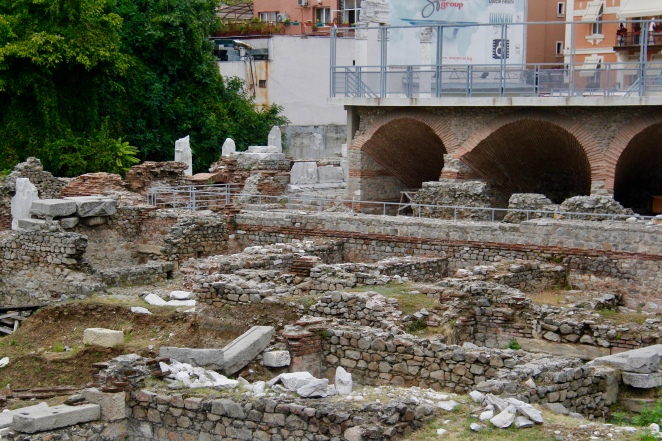 Heading back to the main pedestrian street, we walked through an arts festival, and some big steampunk grill with chicken cooking.  It smelled amazing.  Definitely one of the meals I’ve fallen in love with in Bulgaria is chicken kebab and Shopska salad. 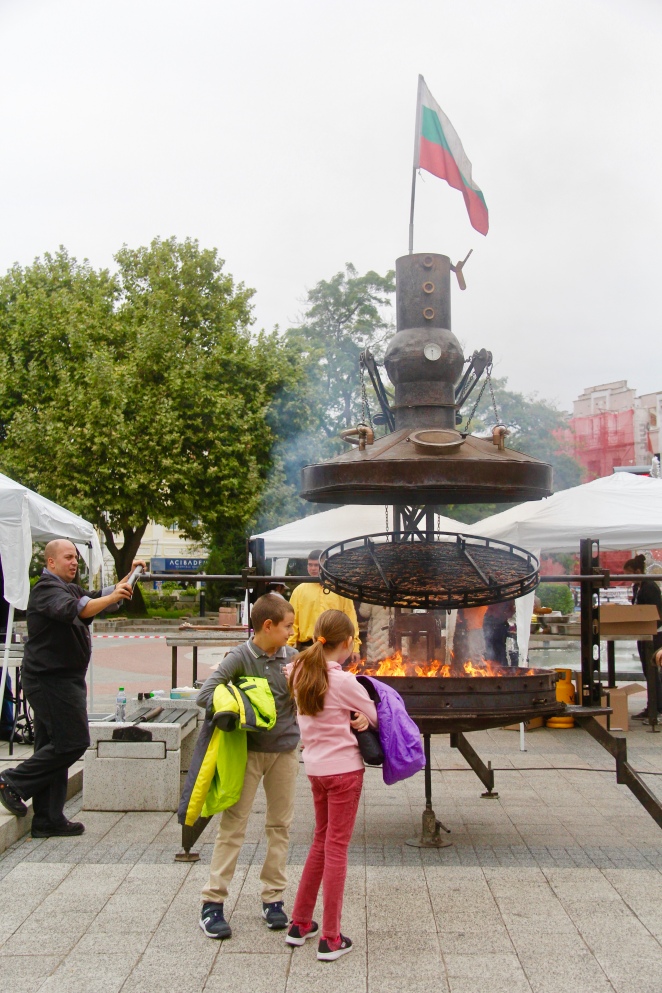 A few minutes on foot and we were at the Kapana, also known as the Trap.  The Kapana is a section of Plovdiv that houses restaurants, shops and galleries.  There was an awful  lot of food windows hawking shawarma and falafel, and it smelled outstanding.  Had we not just had ice cream, I would have eagerly snapped up a chicken and baba ghanouj shawarma.  The length of the main street of the Kapana was mostly purse, shoe and questionable men’s fashion shops, but one store caught my eye – Inglot.  I went in and picked up some nail polish and shimmer dust (necessities) and by that point, the rain had really started to pick up, so Pa bought me an umbrella and we headed back to our hotel to warm up before a delicious steak dinner at Hemingway and cake and coffee at the hotel’s cafe before turning in to pack for the 2nd to last time (one of the worst parts of travel for me). 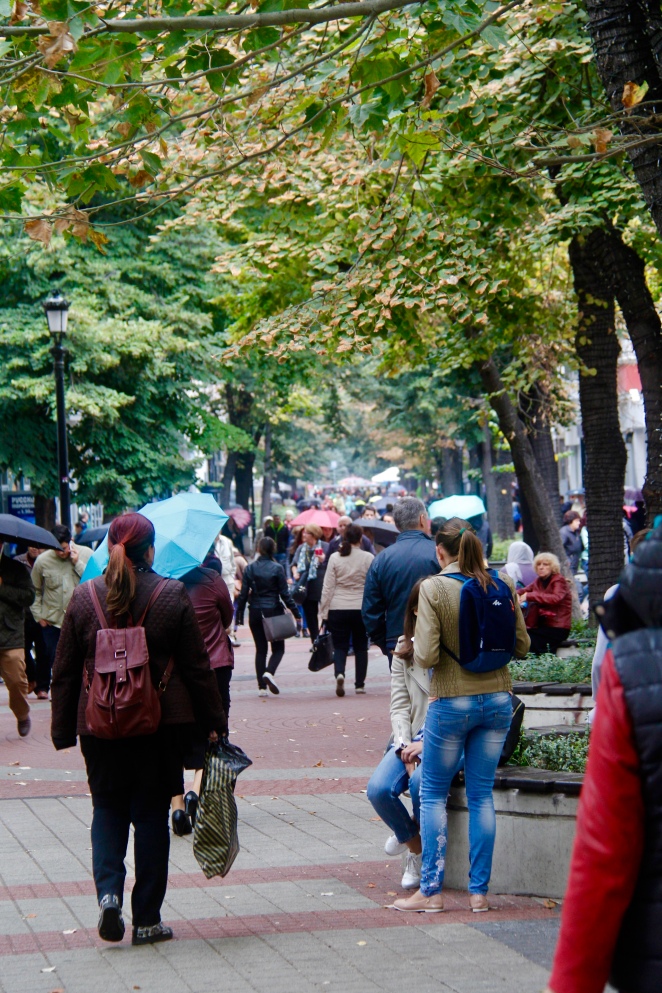 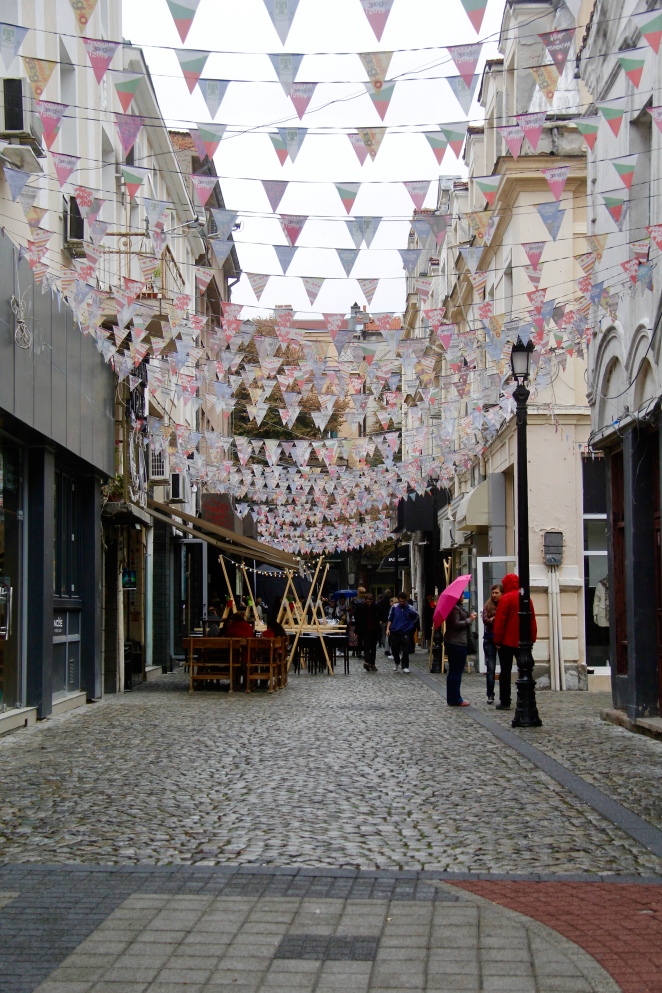