Day 3: The World Was Never Meant for One as Beautiful as You

Another day, another beautiful crisp morning in Delft.

This morning we got up early in order to hop on a train and maximize our time in the Dutch capital city of Amsterdam.  Getting up early was pretty easy as we’re still pretty jet lagged, so we were up, dressed, coiffed, breakfasted and at the train station by 0900hrs.  The Dutch train system is relatively user friendly (not as good as the German system.  That one is the best) so we bought our tickets and hopped on the train for our 1 hour trip due north west.

We had decided that we wanted to buy tickets to the hop on hop off canal tour, as not only would it take us everywhere we needed to go, but we would learn about the city and it’s a good way to see the canals.  We embarked right outside of the main train station and headed out to the old harbour.

Across the harbour houses Amsterdam’s tallest building.  It’s difficult to build up in Amsterdam as the ground is very soft, so pile driving is a big industry there. 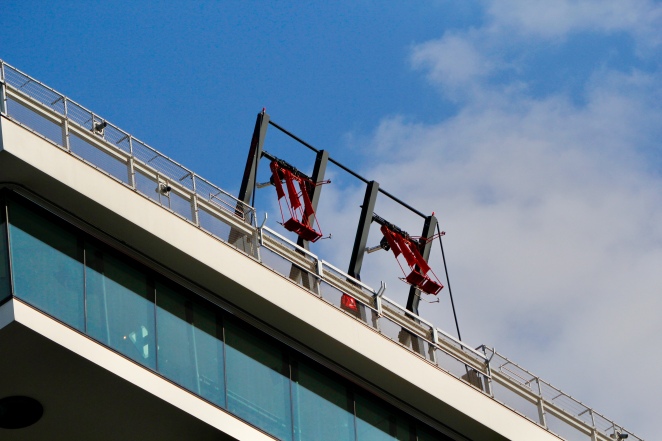 We wound through rows of canals lined with the beautiful old canal houses, donning gables and beams with hooks.  At first we thought the beams and hooks were remnants of the old days (Dutch staircases are very steep and very narrow), but they’re still used today to help people move in and out of the suites. 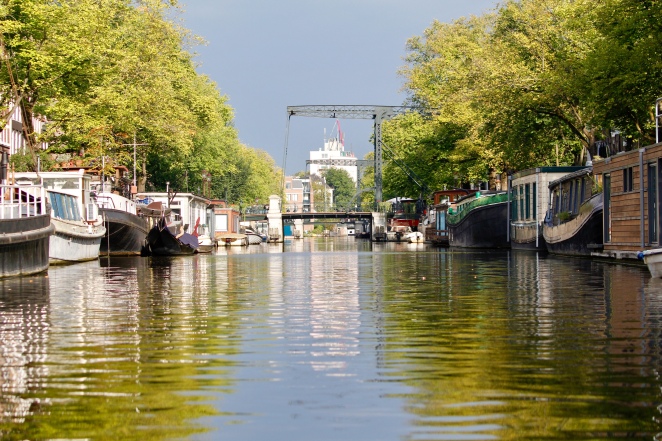 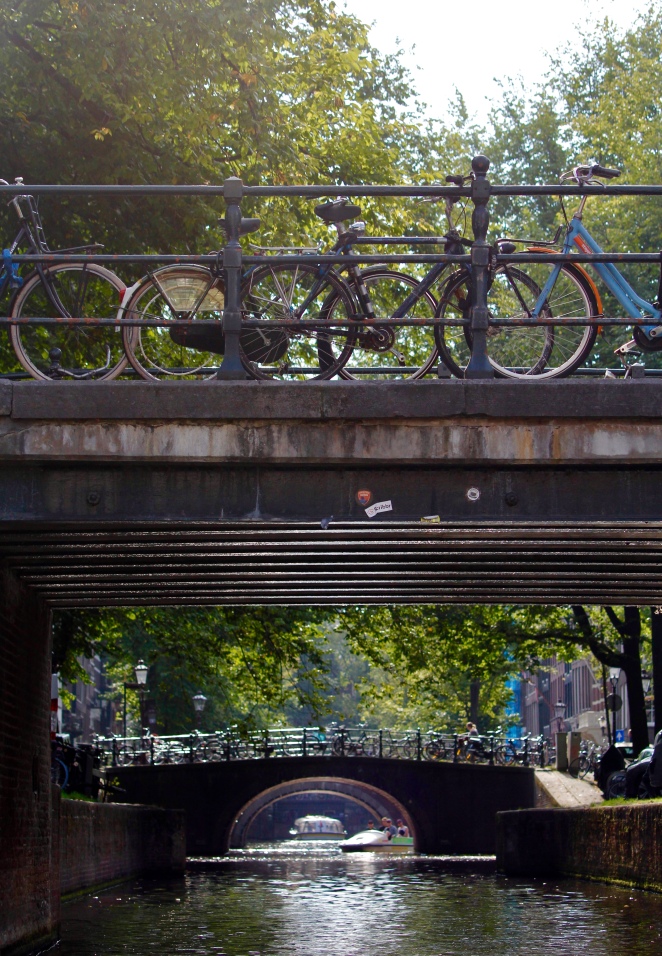 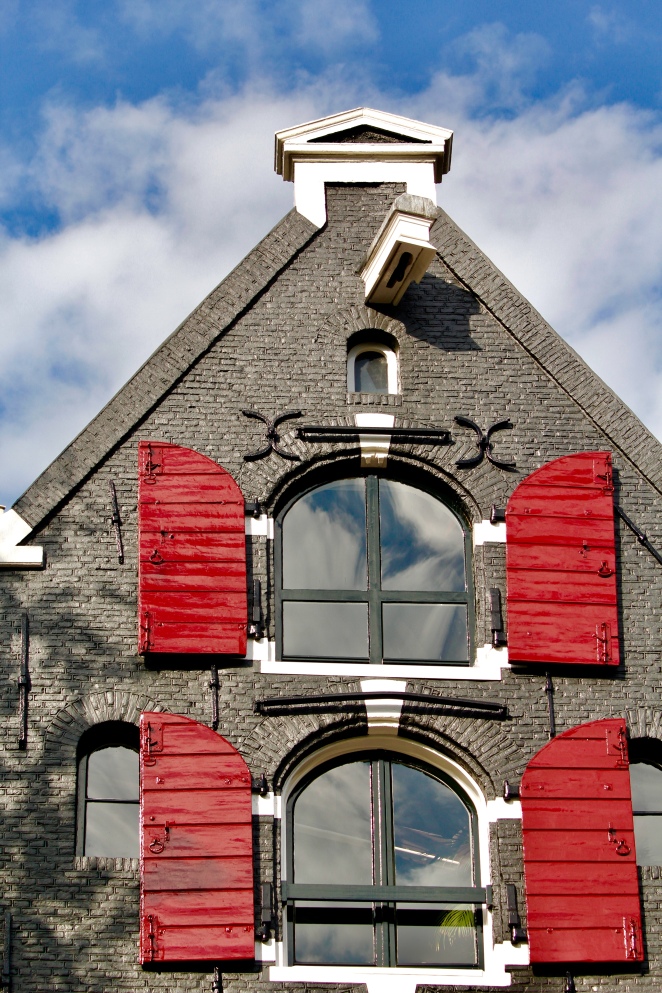 We puttered past Anne Frank house with a long line up outside and learned more about the city (It’s about 1000 years old, it used to be a great naval and trading power, the canal houses were build to tilt forward to give the appearance that they are larger). 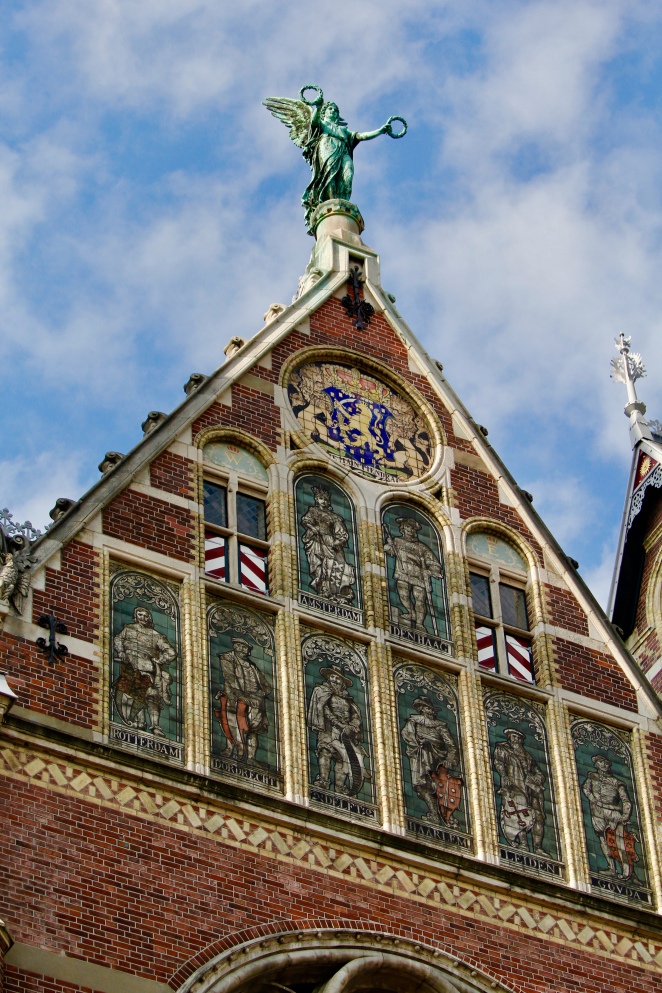 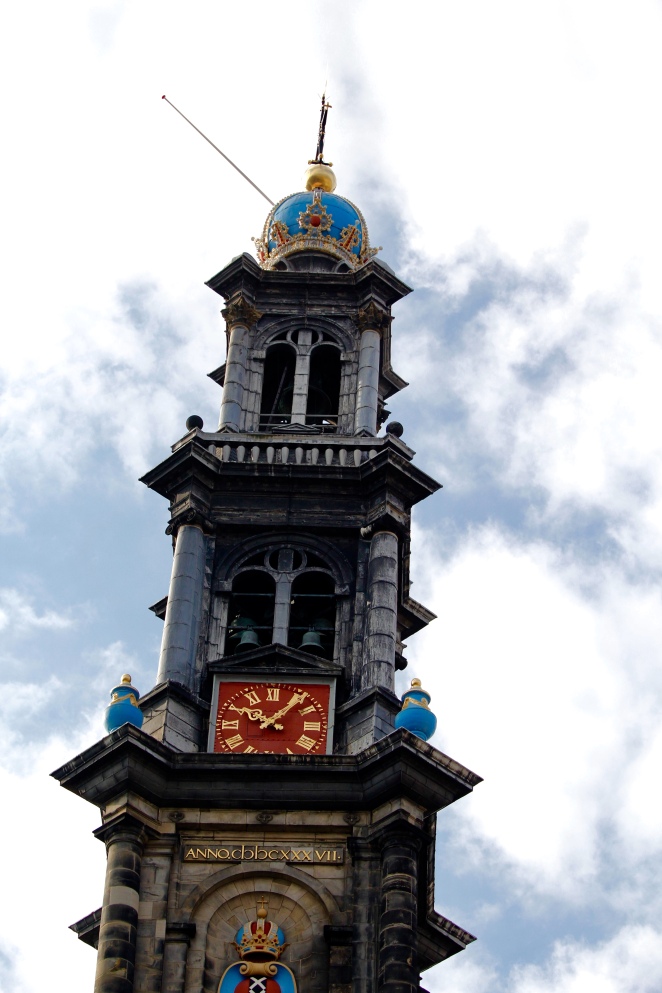 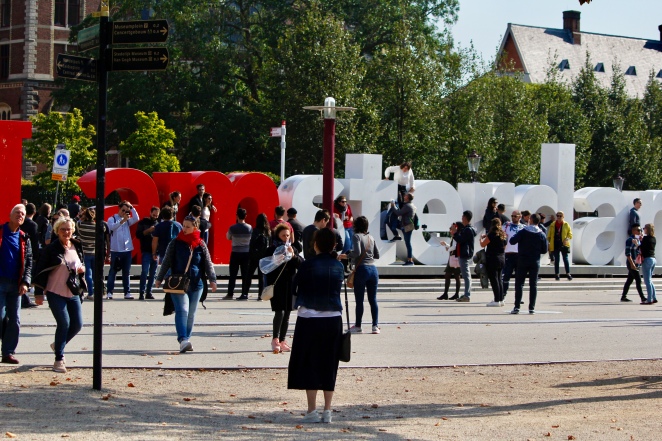 We got to the Van Gogh Museum and to our chagrin, the next available tour was at 1800hrs, and it was currently 1100hrs.  None of us wanted to wait around that long and decided that since we all had seen some authentic Van Gogh works at the Musee D’Orsay in Paris, it wouldn’t be too much of a tragedy if we didn’t go in.   It was nearing lunch time, so we found a little restaurant in the courtyard and dined on croquettes, croissants, frites with mayo and Heineken (on tap).  We ambled back towards the Rijksmuseum tunnel and decided to divert to a beautiful little garden for a beautiful little detour.

Back into the tunnel and our buskers had changed  – a violinist, 3 accordions and a tuba plater.  I overheard an older American guy say ‘I know what this is.  This is Bach in G minor or some shit”, when it was famously Pachebel’s Canon in D.   They then launched into their own version of Vivaldi’s Four Seasons. 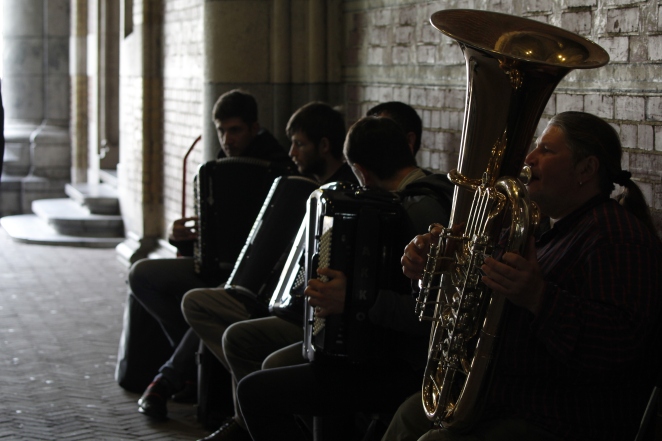 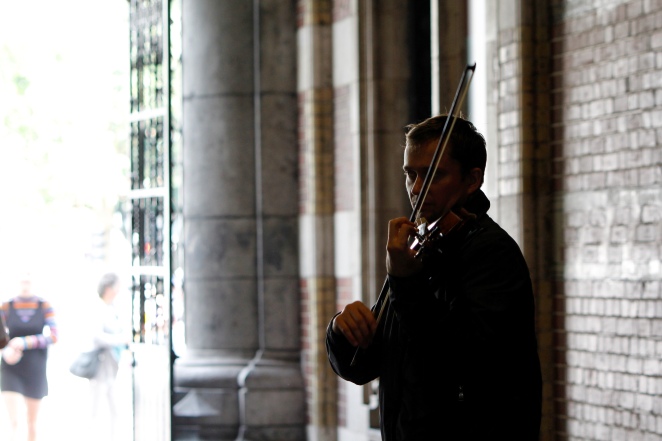 Back on the boat, we decided to get off at the next stop, City Hall.  In front of the city hall is a big white and tiled monstrosity, the Dutch Opera and Ballet.  It reminded me of the Opera Bastille in Paris.  We wondered around the neighbourhood, admiring the beautiful buildings and dodging the most aggressive cyclists I’ve ever seen.  I would jaywalk every day in Richmond before I would step off the curb without looking both ways in Amsterdam.

We picked a cute little canal-side cafe and ordered some beers and chocolate milk and watched all the canalboat tours putter by.

As it turns out, the neighbourhood used to be the Jewish quarter.  Our first clue was a similar sight to what we saw in Germany – little brass cobblestones in front of the buildings listing the the names of the former residents, the date they died and which concentration camp they died in.  Our canal boat guide stated that because so much of the Jewish population didn’t come back, their homes remained empty and fell into disrepair.  The city decided to demolish the houses and built city hall. 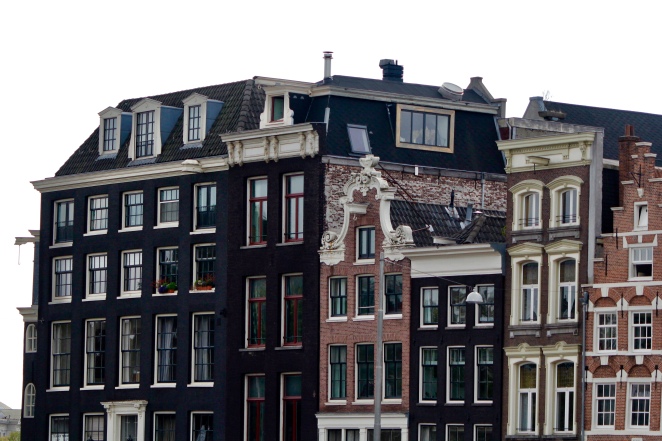 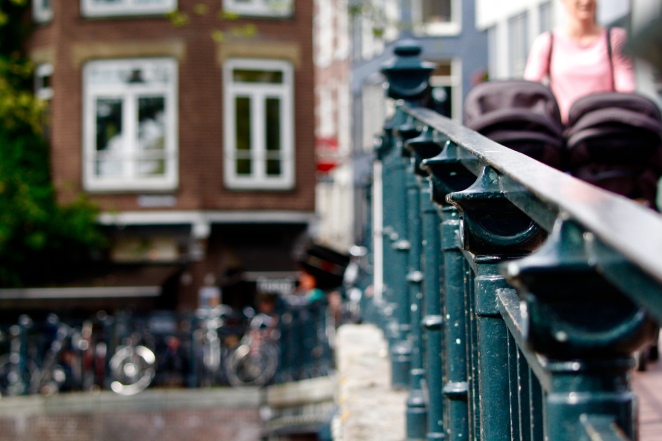 We mozied along the Gentleman’s canal and ended up in a minor boat MVI – a smaller boat was not paying attention and lightly collided with our tour boat.  A lady in the smaller boat, champagne in hand literally clutched her pearls.  Our guide said this kind of thing happens all the time, but the greatest hazard in Amsterdam (as we had already glommed) were the cyclists.  In the Netherlands if you are driving a car and hit a cyclist, the car driver is always 100% at fault. 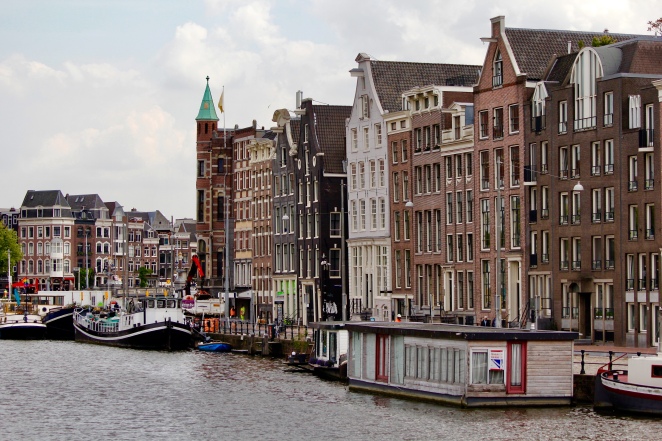 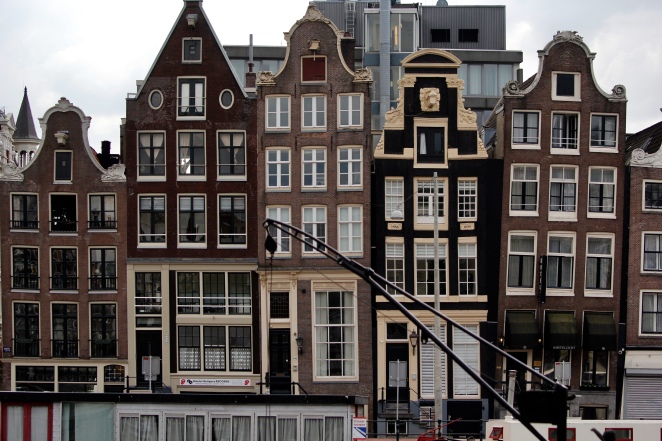 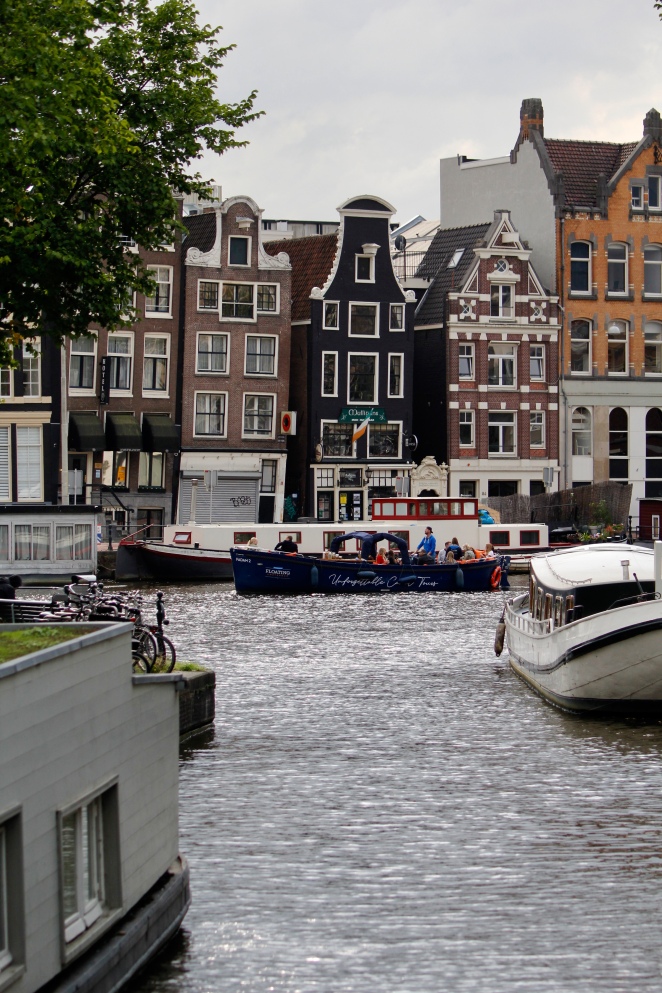 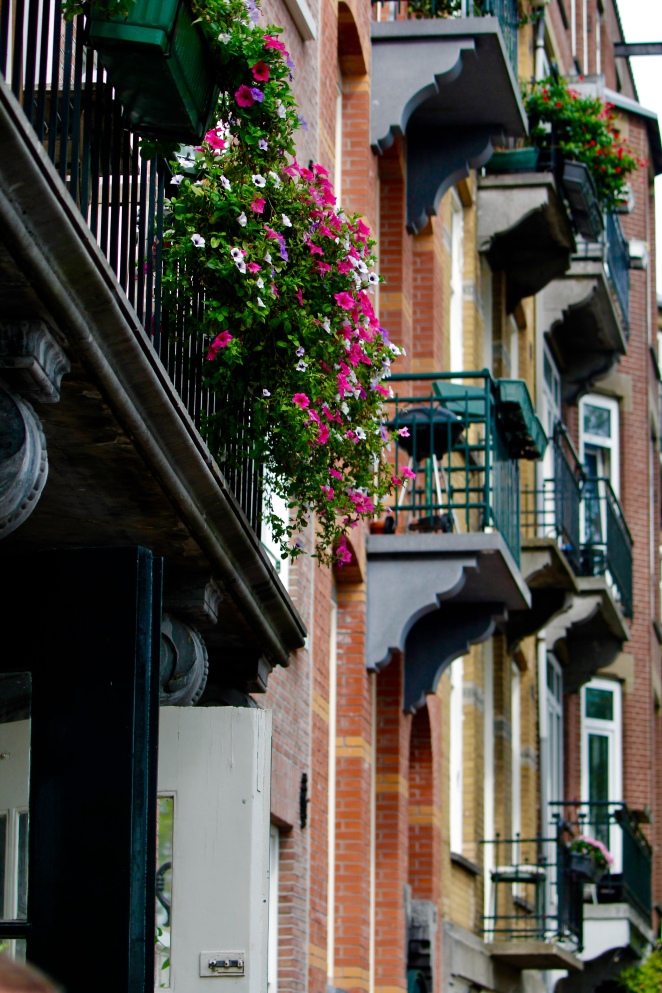 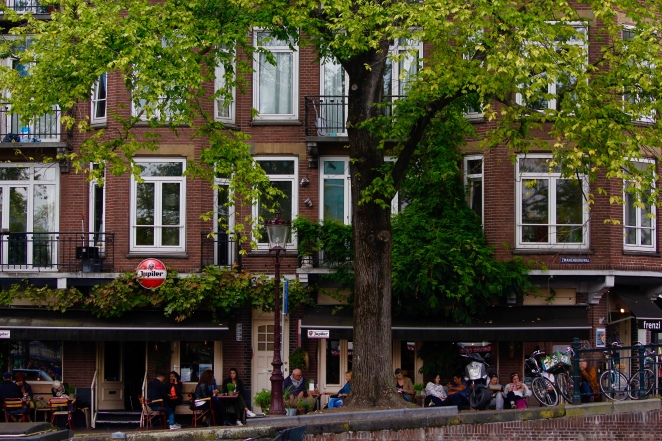 Our tour sadly came to an end as we returned to the Amsterdam Central station, so we found our train and headed back to Delft for a casual dinner, hot shower and early night. 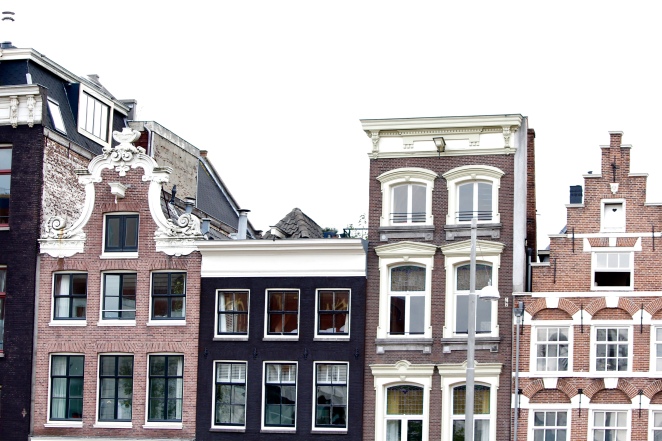