Today was my birthday and I decided that for our last day in Southern Bavaria, I would like to have lunch at the real Hofbrauhaus in Munich’s old town.  Again we commuted into the giant Munich train station and took the subway to the Marienplatz, the heart of Munich’s old town. 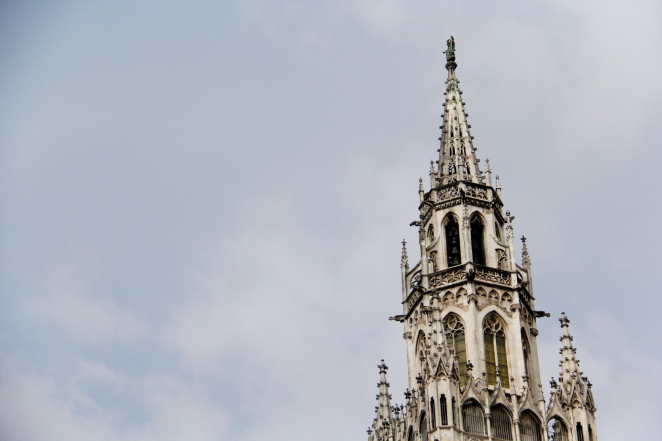 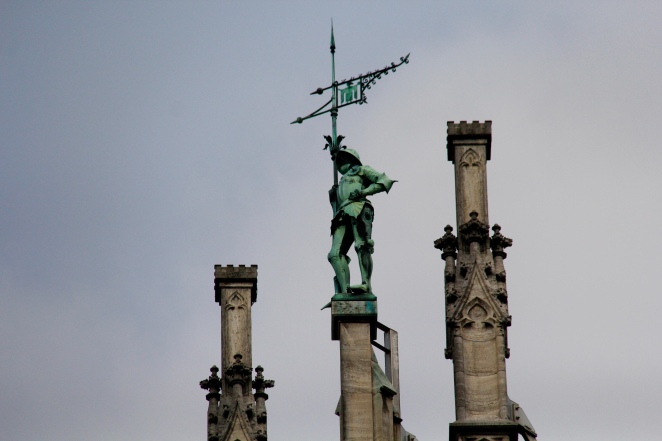 In the middle of the platz is a statue honouring Catholic saints fighting symbols of the evil protestants.  Also in the main tower is a glockenspiel that plays at 1100hrs and 1200hrs every day.  As it was 1155hrs, we decided to take a good spot and watch. 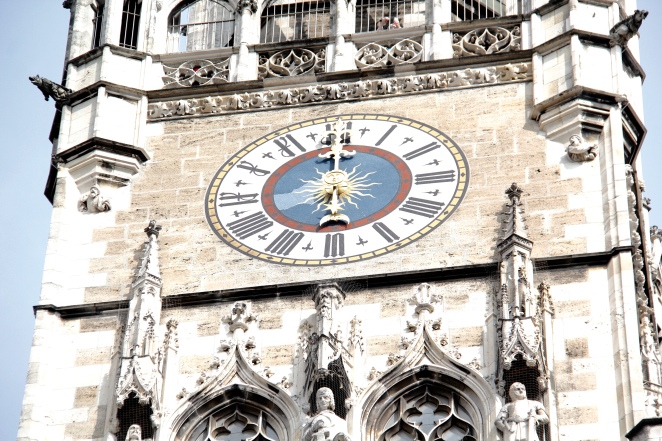 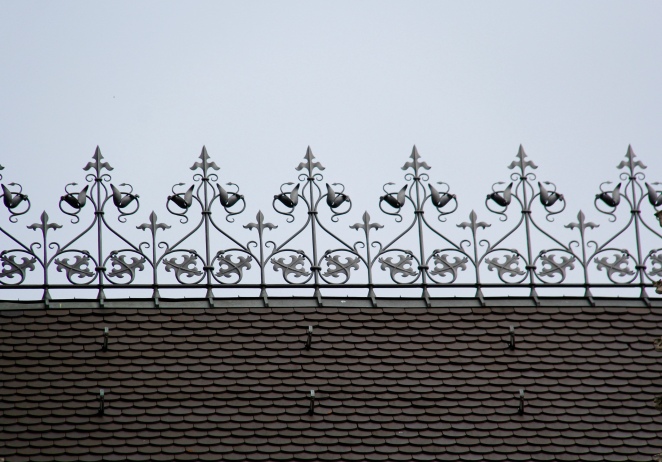 The glockenspiel shows a royal wedding reception followed by a jousting match with the Bavarian in blue and white defeating the Frenchman in red and white, and finally courtly dancers.  At noon the church bells sounded and the mass of people in the square all craned their necks and eagerly stared at the glockenspiel.  About 3 minutes later the music started and the crowd went silent, only making noise again when the Bavarian out-jousted the Frenchman (hooray!).  After another 7 minutes the show wrapped up and we were on our way. 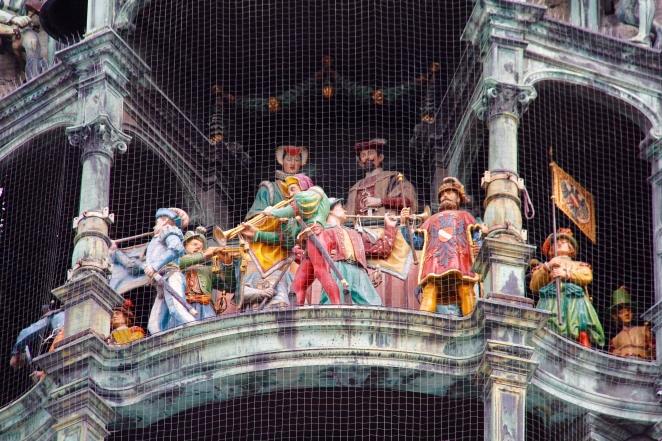 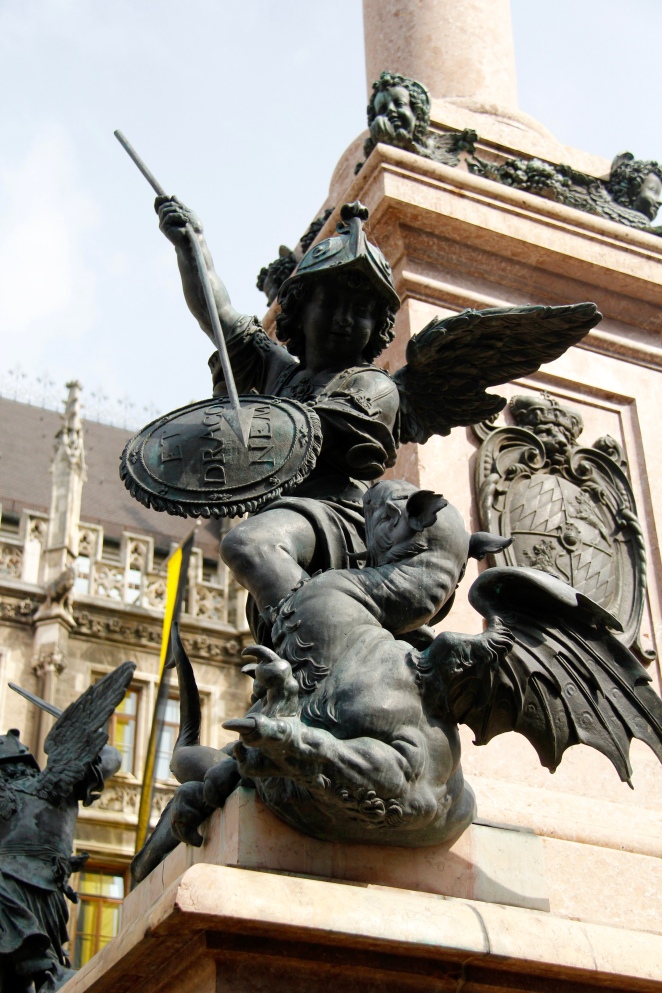 We made our down the more main streets and to the famous Hofbrauhaus.  The house band was blasting their oom pah pah and the crowd was almost as jolly as those at Oktoberfest.  We found a table next to some friendly guys from Bologna, got our mass of beers (Ma ordered a mini mass) and ordered our food.  I don’t know how it’s possible, but the rowdies behind us got kicked out for being too rowdy.  In a beer hall. 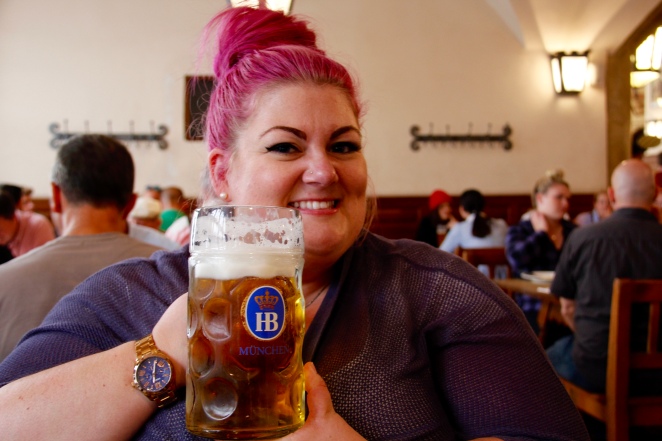 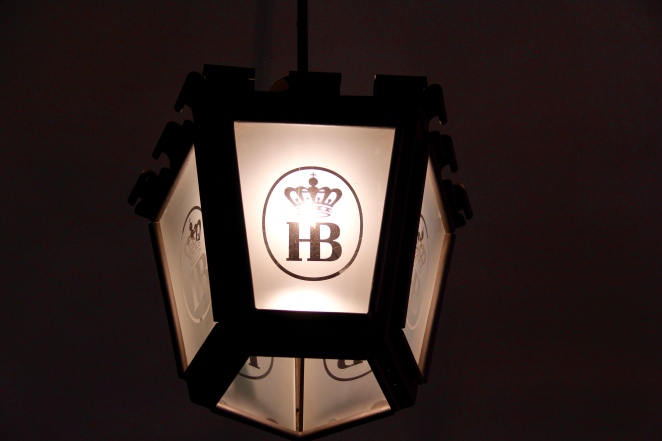 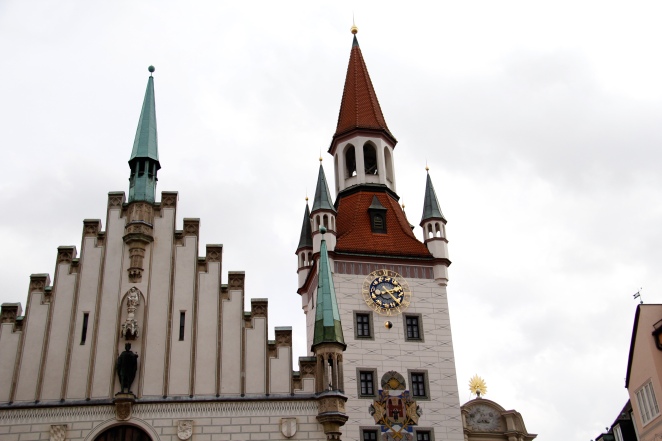 After another walk around the town we decided we were done with Munich and wanted to spend the rest of our day in the town we’d been staying in, Augsburg.  Our tour guide for Neuschwanstein Carlota had told us that Augsburg’s old town was beautiful and was a smaller, less crowded Munich.  Pa had also read that the old city hall houses a beautiful golden room (goldener seal) and wanted to check that out.  We arrived back into Augsburg and headed to the old town.  The old town hall faces an enormous square with a fountain and many shops and patios.  We learned that Augsburg is actually a very affluent city and made its money in the textiles trade back in the day.  It was destroyed in the War but rebuilt with generous donations from the community.  Also, playwright Bertolt Brecht was born here.

We went into the city hall, bought our tickets and headed up to the golden room. 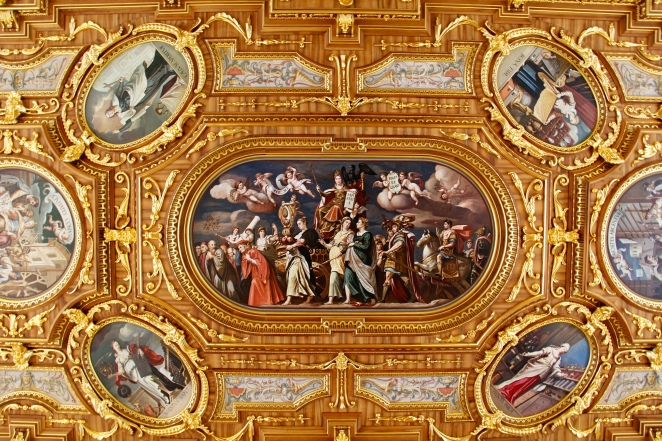 It really is a thing of beauty.  Gold leaf covering the wooden statues and ceiling sculptures, wood parkay flooring and tall windows made it a totally enchanting space.  We read the handout on the history, spent some time just looking around and were on our way.

Ma and Pa wanted to walk around but I just wanted a beer, so I grabbed a table in the square, ordered a beer and watched what was going on around me.  There were several security guards at the square but they didn’t bother anyone.  There were a lot of youths hanging out, minding their business, having a sit and chatting and security didn’t bother them.  Everyone there was just being peaceful, doing their own thing.  Ma and Pa then joined me and we people watched and decided what we would do for my birthday dinner.  Carlota had recommended a popular restaurant in the basement of the old town hall, so we found the Rathskeller and decided to check it out.  We were not disappointed.  Ma and Pa had pork medallions and I had Bavarian sausage, beer and some raspberry schnapps for dessert.  It was a delicious meal in a very cool setting.  It was also surprisingly reasonable – 3 entrees, 3 desserts, 2 beers and a liqueur in a really posh restaurant came to $45 euros.  We wandered back to our hotel, peaking into the many fine fashion shops and ogled the beautiful boots, bags, watches and hats, then turned in for the night.