This morning we got up at a decent time and hit up an adorable little bakery around the corner for breakfast. At Julie’s we had iced lattes, cuberdon steamed milk, cinnamon buns and scones with jam and cream. Feeling satisfied we hopped a train northbound to the fairytale town of Bruges (or Brugge). Bruges was a sleepier town until the 2008 hit movie “In Bruges” (highly recommend, unless you’re offended by the word “fuck”) came out and tourism has skyrocketed. Apparently Ghent and Bruges are bitter rivals.

We walked the kilometre from the train station to the main market square – along with gobs of other tourists and travelers, some stopping right in front of you and blocking the entire narrow sidewalk to get the perfect shot. 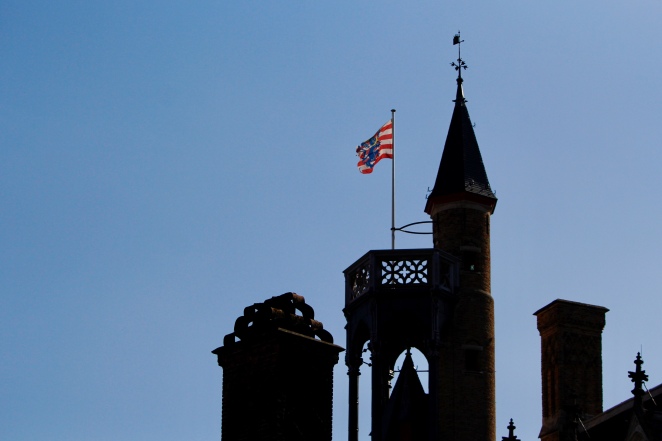 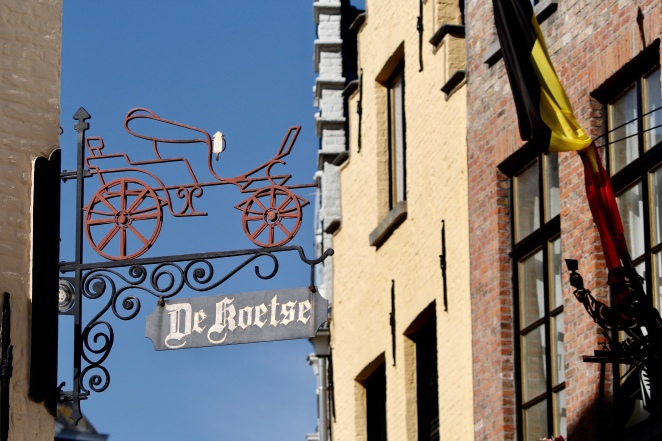 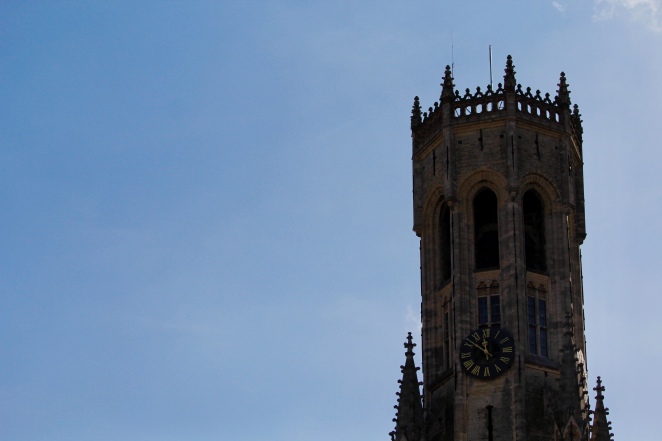 We got to the busy market square and things were hoppin’ – tourists, waiters, horse drawn buggies and food carts crammed every corner. We were feeling a little overwhelmed and a little disoriented, so we stopped for a beer. 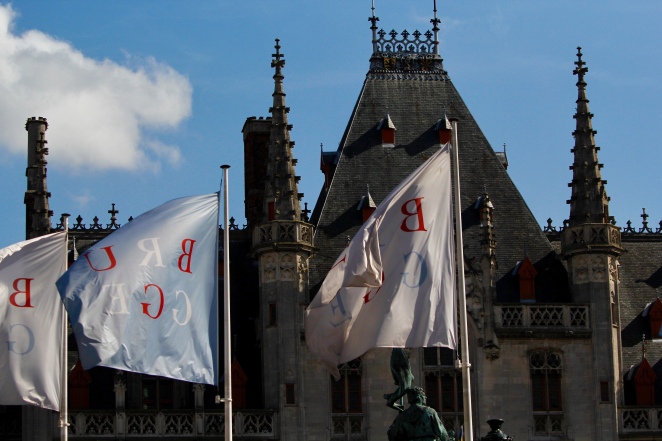 After some beers in some pretty ridiculous bar ware, we started our Rick Steves walking tour, starting at the belfry (as seen in In Bruges).

They’ve boarded up some of the viewing points on the upper part of the Belfry, thanks to a particular scene from the movie. Bruges is capital of West Flanders and is encircled and connected by waterways, where swans and tour boats are king.

Ma didn’t get a waffle the last time she and Pa were in Bruges, so we stopped by Fred’s and each had a delicious Liege-style waffle.

After our sweet treats, we wandered around the old squares, ancient houses, former markets, breweries and abbeys. 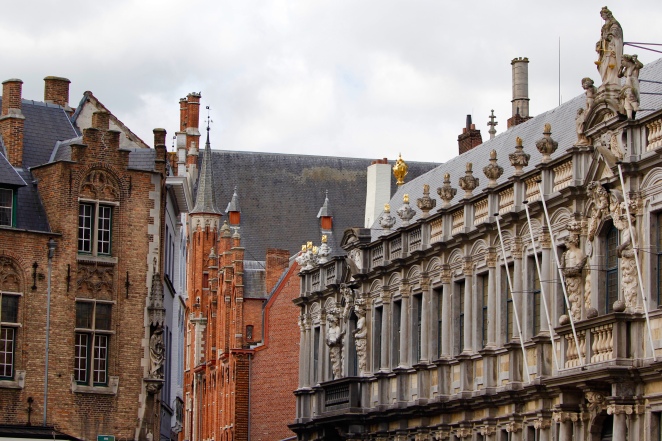 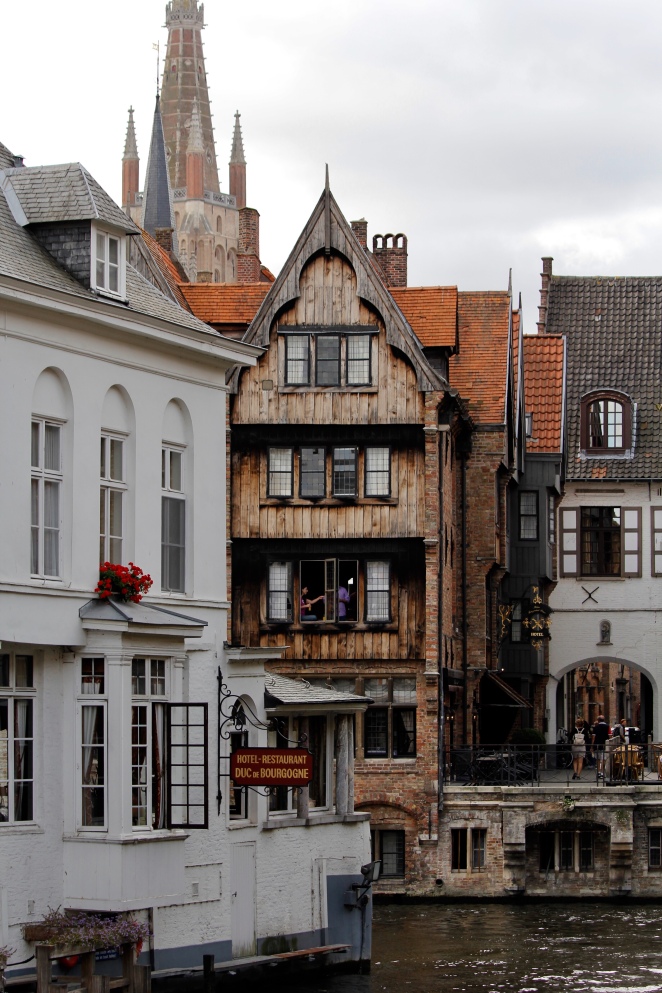 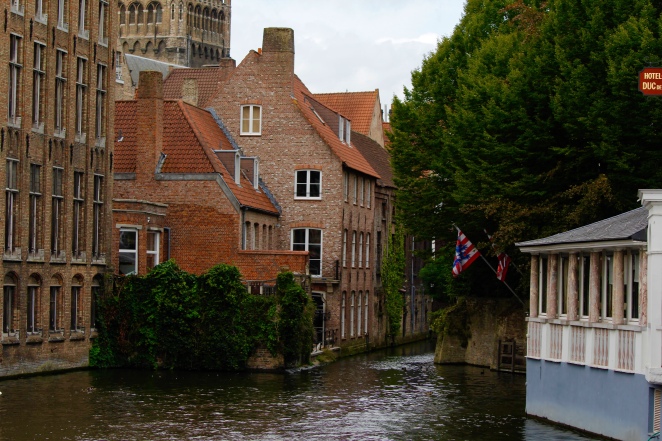 Everywhere we turned there were people. And not just people, but tourists (like us). We decided that we wanted to do my favourite thing – boat tour! 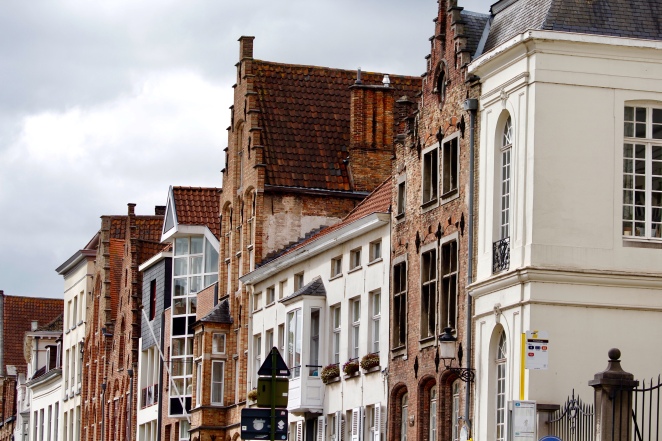 Our boat captain/tour guide was hilarious, with a dry sense of humour and cracking wise in 3 different languages (I’m assuming he was funny in Dutch, I can only vouch for English and French).

After 30 minutes of putting around the moat, Pa and I decided we were thirsty and had noticed a neat looking brewery on our boat trip – Bourgogne de Flanders – so we tracked it down, each got a flight of 6 beers and grabbed a table at the hip brewery (some hits, some weird misses).

We were almost Bruges’d out, but Pa had something to show me – the Bottle Shop.

This shop is like Mecca for good beer fans – ceiling to floor, wall to wall of brews, including a whole section of krieks. Truly breath taking! 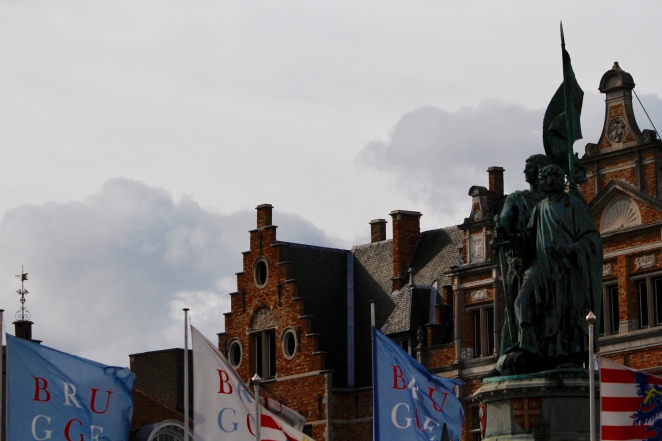 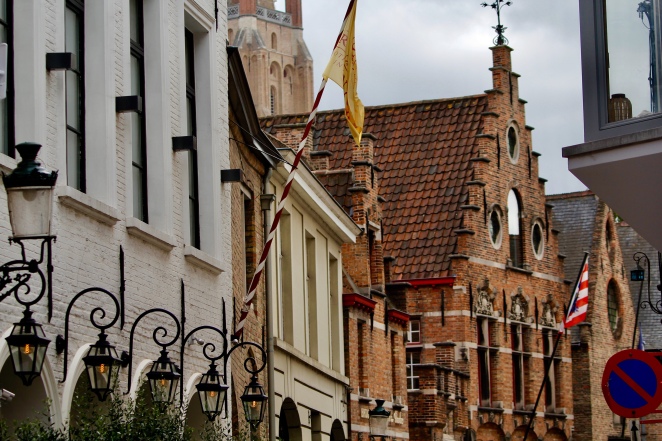 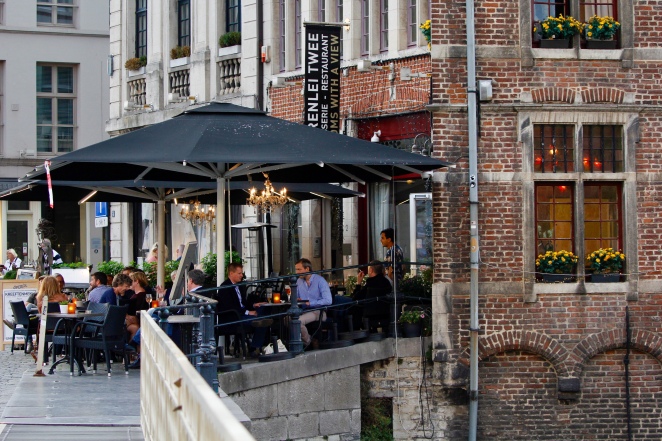 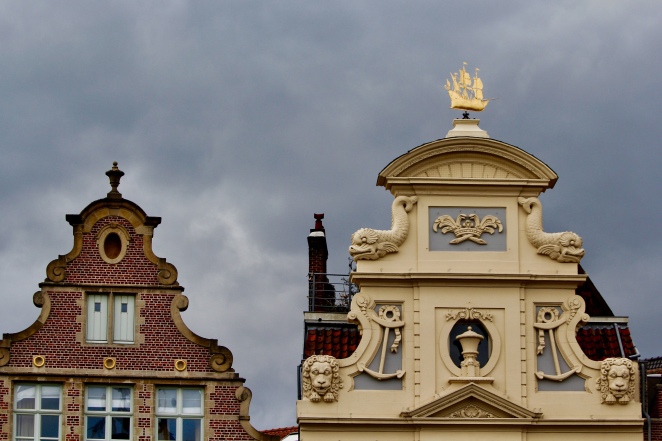 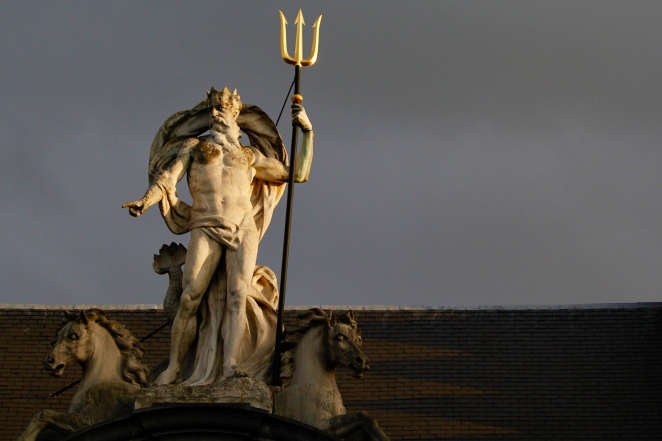 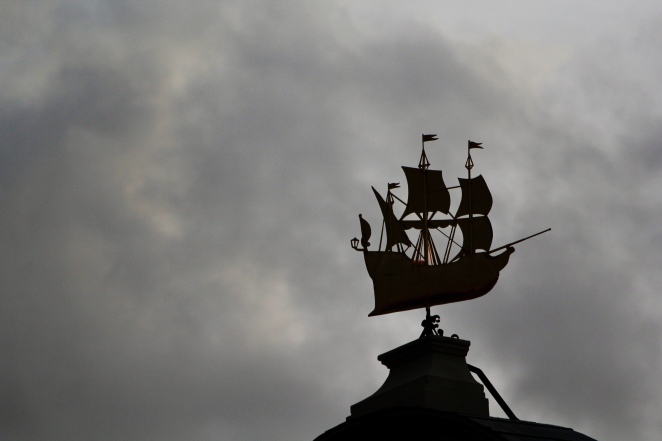 There are quite a few articles on the internet about Bruges vs Ghent and here is my opinion – Bruges is beautiful and cute and it is a fairytale town for a lot to see and a fun boat tour, but I got the sense that the town itself is disingenuous – like it existed solely as a tourist town. I don’t know how many Belgians actually live there. Ghent is also beautiful and interesting, but it just seems like it’s more of an authentic Belgian experience, because so many of the people there are native Gentenaars and the town doesn’t feel like it exists for tourism, which is how I felt about Bruges. Bruges is not a fucking shit hole, but if it came down to the 2 towns, I’m on team Ghent.