Croatia is becoming a pretty popular travel destination, and for good reason.  One of its most recognizable cities is the walled fortress called Dubrovnik.  Ma, Pa and I travelled there in September 2014 as part of our month-long sojourn to the Balkans.  The first day and a half that we were there Pa was holed up in the Klinika Ortopedia in Sarajevo having 13 screws put into his elbow while Ma and I explored the city. 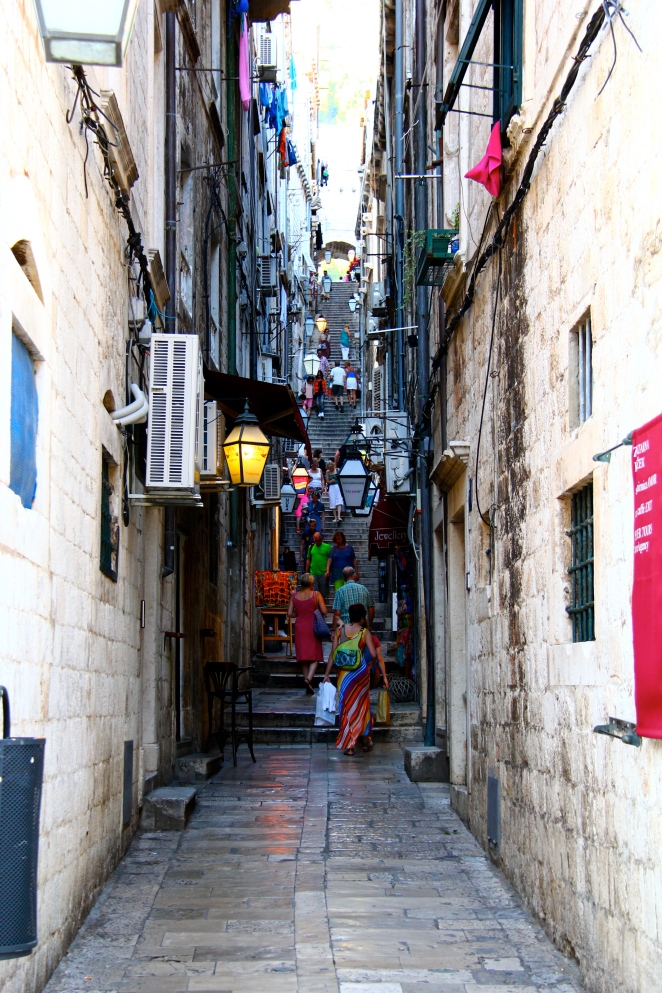 Dubrovnik was really fun to explore.  There are all sorts of laneways, staircases, doorways, the kind of adventure that you crave when you’re a kid.  It’s also a photographers dream (when you’re not overrun by cruise ship tourists).  Every lane is different, a plethora of different colours, shops, lights, people.

The walled part of the city is a peninsula that juts out into the blue-green Adriatic Sea.  I felt like I could not get enough photos of the water.  Don’t get me wrong, I love B.C. but the waters of the Adriatic were like nothing I had ever seen.  They were so clear and enticing.  We were drawn to the outer parts of walls, not just because of the bountiful gelato shops, but because the sea was there. 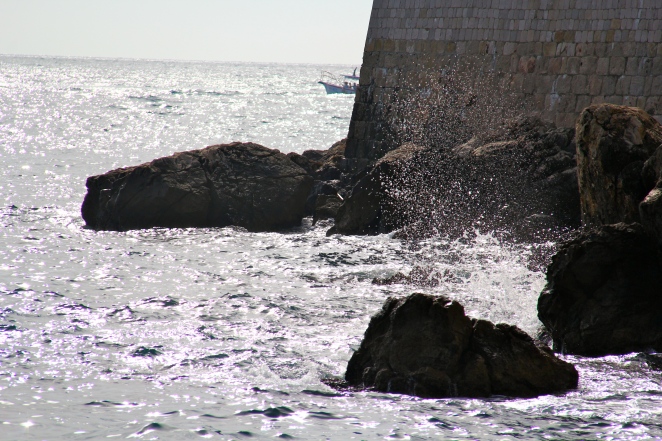 The sea is a fantastic combination of being calm and playful.  A decent amount of wind makes it perfect for sailing and the smooth bits make it ideal for sea kayaking.  I like the way the water hits the rocks, like an aquatic firework. 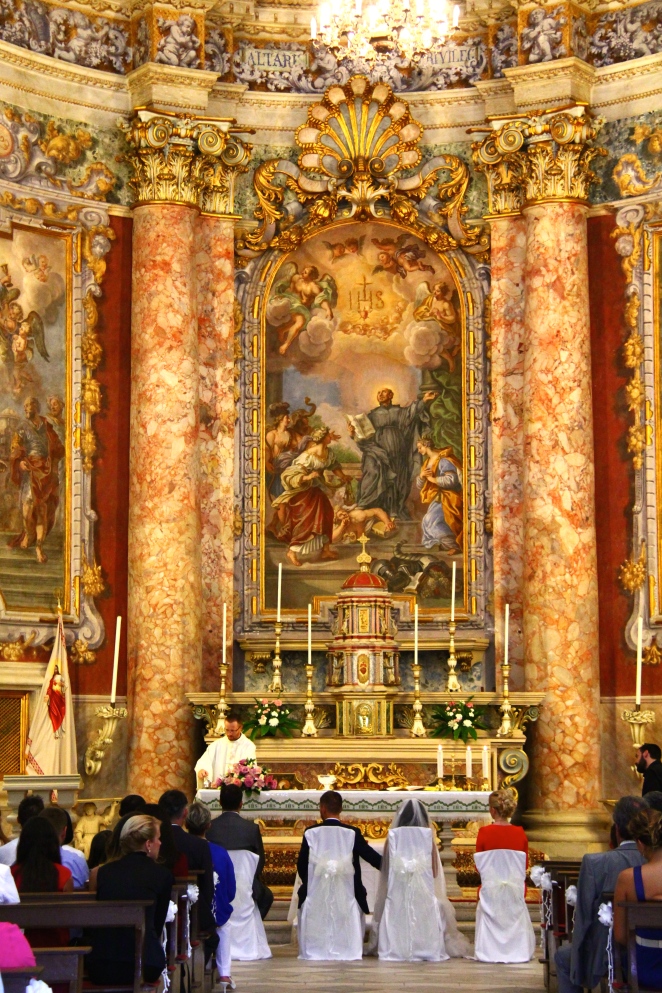 Croatia mostly identifies itself as catholic, but inside Dubrovnik’s walls are several different churches of different christian denominations including eastern orthodox and, as seen in this wedding here, jesuit.  Although I don’t identify as being “religious” or theist or deist of any kind, I do love photographing churches and I enjoy the grandiosity of this scene. 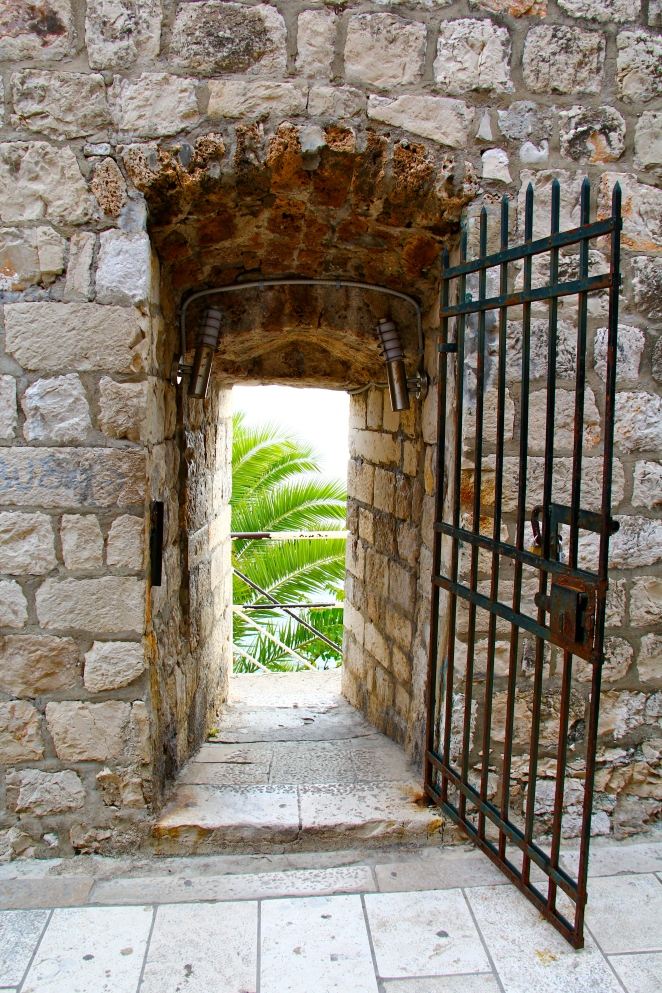 When we were exploring we came across this: an open gate framing a green palm frond and the wall with painted blue letters “Buza ->”.  I like the mystery behind what’s on the other side of this.  A balcony?  A walkway?  Maybe nothing.

What’s on the other side of this doorway is a steep staircase leading down to a bar perched precariously on the westernmost tip of the wall where you could enjoy an overpriced beverage in a plastic cup.  Worth it.