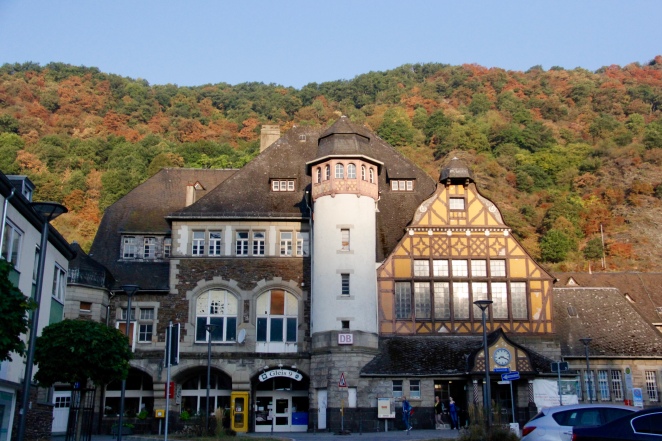 Today we had to get up bright and early to catch the train to a remote location.  We hoofed it down to the train station, bought our tickets from possibly the most disinterested man in Germany and hopped on the train eastbound, our destination: Moselkern.  Moselkern isn’t really notable for anything, except for its proximity to our destination this morning.  We were met at the train station by Taxi Charly who charged us an unreasonable amount of Euros to take us inland, about 3 km from the river, up the terraced vineyard-riddled valley walls to a plateau, into a forest and dropped us off at a car-park.  Following the marked, steep, paved path, we walked down until the forest revealed to us its treasure: 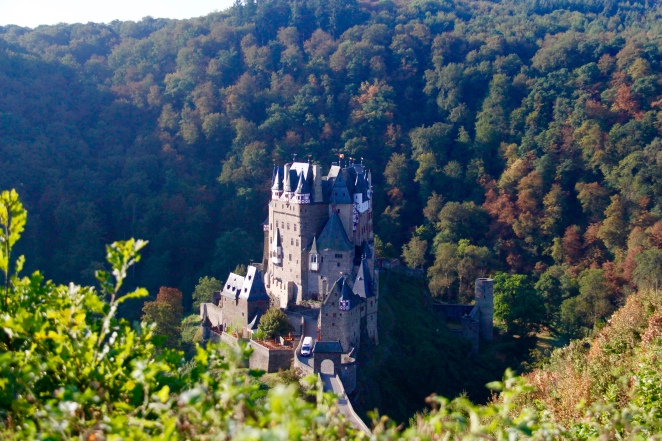 Burg Eltz.  Burg (castle) Eltz has been in existence since the year 1157, was never destroyed by war or invaders and is still maintained and sometimes lived in by the Eltz family, the current Count and Countess being in its 33rd known generation.  We took a tour with the very  knowledgeable Lisa who told us much of the history of the castle including armour, decorations and practicalities (all the staircases are counterclockwise spirals so that attackers going up the stairs would struggle swinging their sword in their right hand).

After our excellent tour we decided the castle would be an excellent place to have our first beer of the trip. 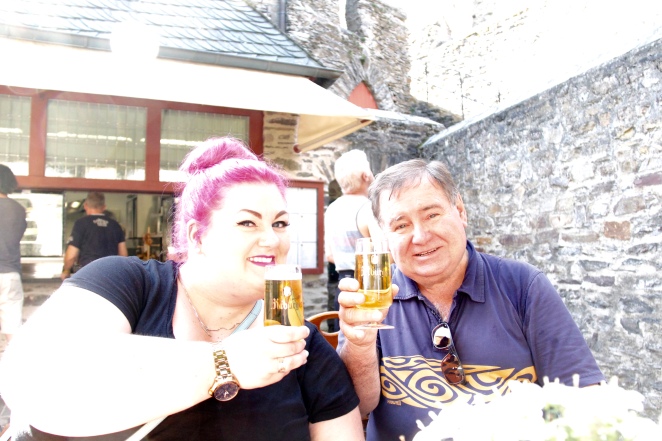 We headed to the marked muster point for people taking the shuttle up the mountain and encountered a rather large queue: as it turns out, the castle’s regular 20 person shuttle had broken down that morning so everyone was stuck with the 8-seater van.  In the line in front of us were about a billion senior citizens, all of us baking together in the 30 degree heat, waiting for the van.  The castle staff were lovely and brought umbrellas to shade us all from the sun and crates of cool mineral water to quench our parched mouths.  After about an hour, it was our turn to board the van and we zipped back up to the car-park where we met our cabby, sped down the valley, hopped the train in Moselkern back to Cochem, just in time to grab another beer at a bustling city centre cafe.

The beer was delicious and our waiter looked like Sir Ben Kingsley.  He also told me my German accent was perfect (what).

We had heard that taking a Mosel River cruise was highly recommended so we had planned to take one westbound and get off at the tiny TINY village of Beilstein.  So at 1500hrs we shuffled aboard a boat with many of the same elderly tourists we had waited in line with at the castle (ah!  Die burg fraulein!).  We were able to snag a table on the upper deck where we ordered some drinks and drank in the scenery. 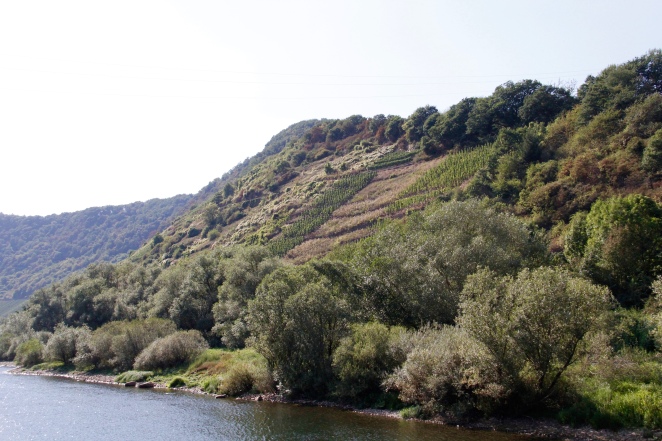 It’s difficult to describe how many vineyards line the Mosel River.  Not just the sheer number of them is astounding, but also how they are laid out. From river bank to valley-wall peak, steep rows of grapes flourish on the sunny hill sides.

At 1600hrs we docked at Beilstein, and right away we were smitten at how charming this tiny hamlet is.  It was nearly inaccessible for hundreds of years which left it pristine and untouched by more modern architecture.  These days it features mostly inns and cafes, with a ruined castle and now decommissioned monastery thrown in for good measure.  Ma was jonesing for some apfelstreudel which we quickly located at one of the bistros.

We then had about 20 minutes to explore Beilstein before the last boat left, and honestly it was just about enough time.  The town is so small, there are no ATMS and probably not much to do, but I could honestly picture myself there for about a week just drinking wine and beer, reading, writing and pretending the rest of the world doesn’t exist as the peaceful Mosel ambles by. 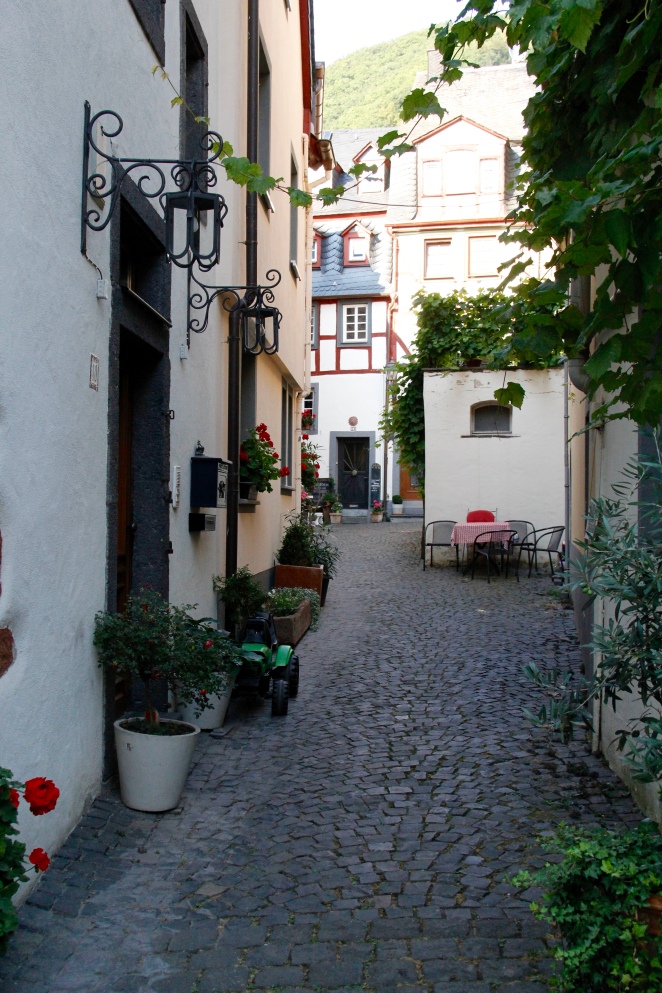 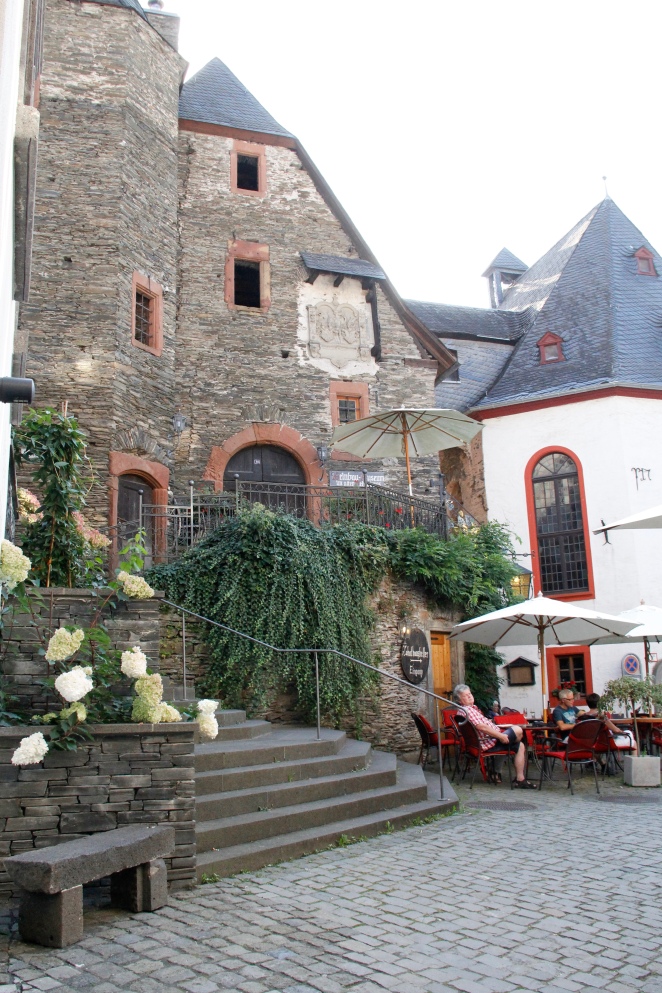 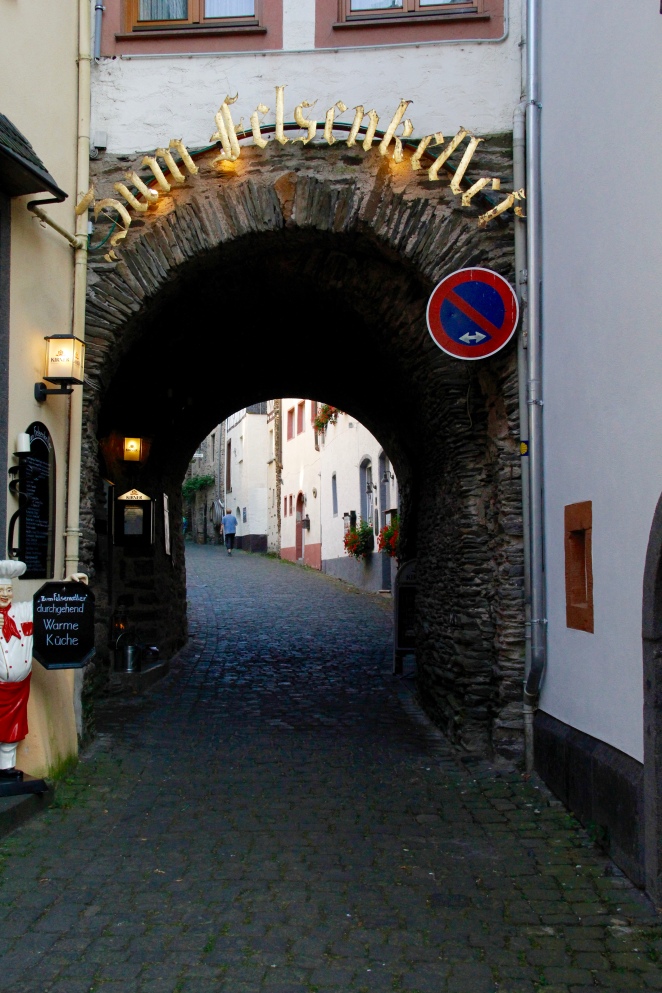 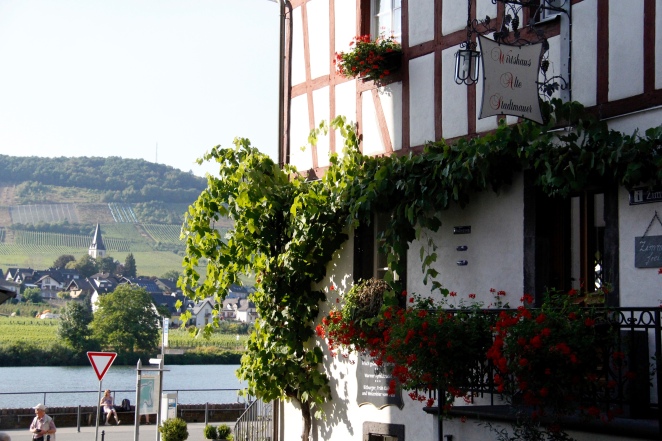 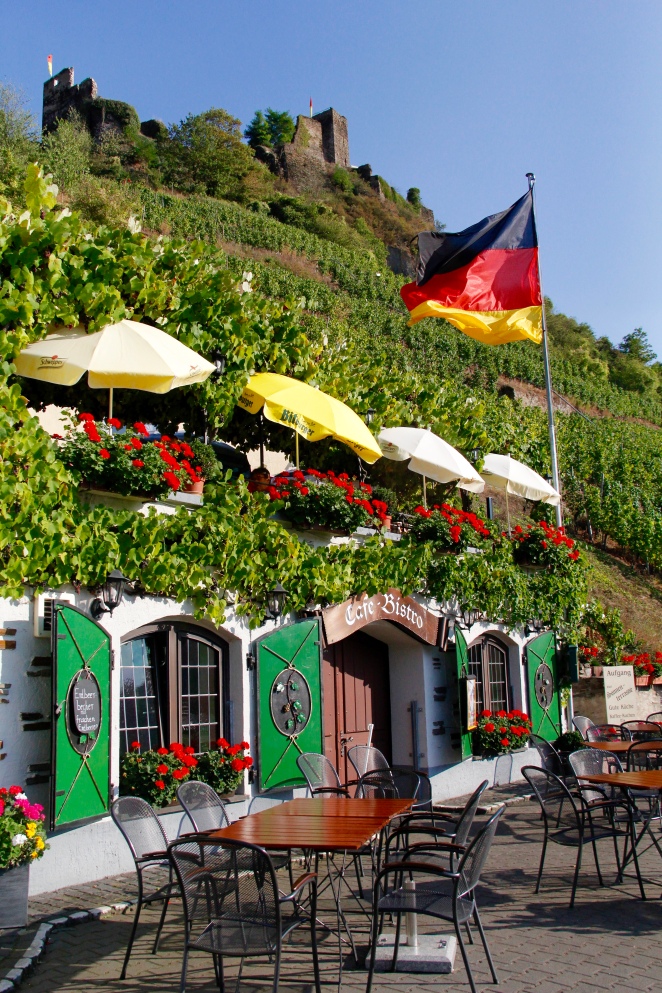 We caught our boat back and enjoyed some mineral water as the sun started the set and the valley cooled.

We got back into Cochem at around 1830hrs where we headed back to our in and shared a sweet riesling on the shady terrace.