Day 15: This Ship Has Sailed

We were up early today, eager to eat breakfast and head over to the ferry that we had reservations for the would take us across the bay to the town of Nessebar.  We left our hotel to high wind and grey sky with Gravol in tow and headed back towards the old town, over to the Fish Port on the far side.  We found the kiosk – closed.  In true us fashion, we were there pretty early, so we decided to wait and walk around the marina, looking at the moored vessels.  Pa then asked a guy wearing a high visibility vest (Sozopol Port Authority?) if we were at the right spot, and he advised us as best as he could that “everything closed”.  When our time of departure rolled around, sure enough there was no ferry and no one at the kiosk, so we gave up on our Nessebar dreams and decided to have a lazy day around Sozopol. 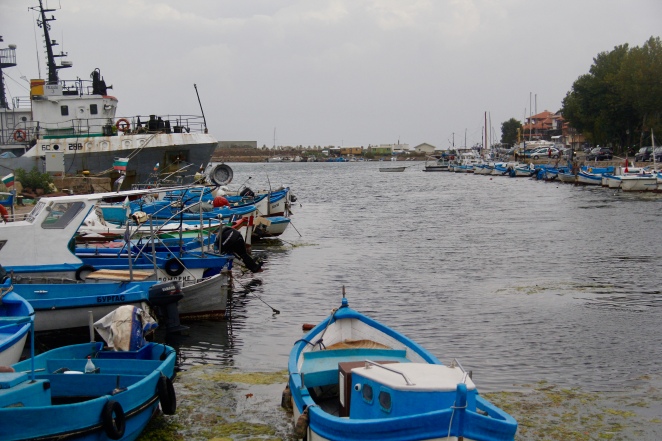 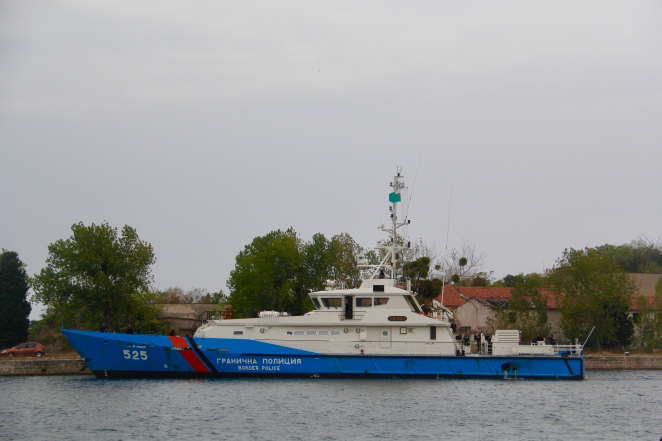 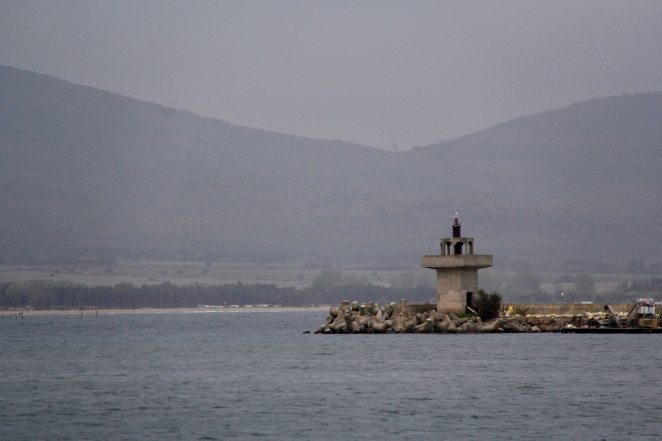 We decided to spend the morning walking the length of the peninsula and getting lost in the lanes and small streets of the old town. 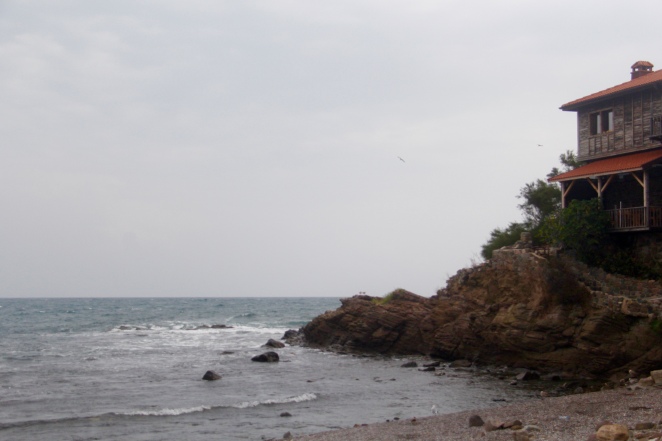 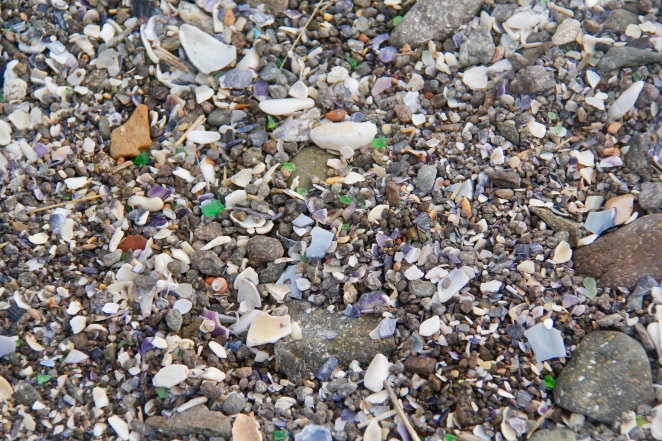 We discovered even more old wooden houses and small little churches.  We also discovered that in Sozopol residents do this thing where they post what looks like a flyer of a deceased relative on the front door of their houses.  What they say, I have no idea and I’m not sure if it’s a Bulgarian, Sozopol or Eastern Orthodox  custom.  We have also discovered that locals (in Romania and Hungary as well) think we’re English, and the English we meet assume we’re Americans, until we tell them and they immediately apologize. 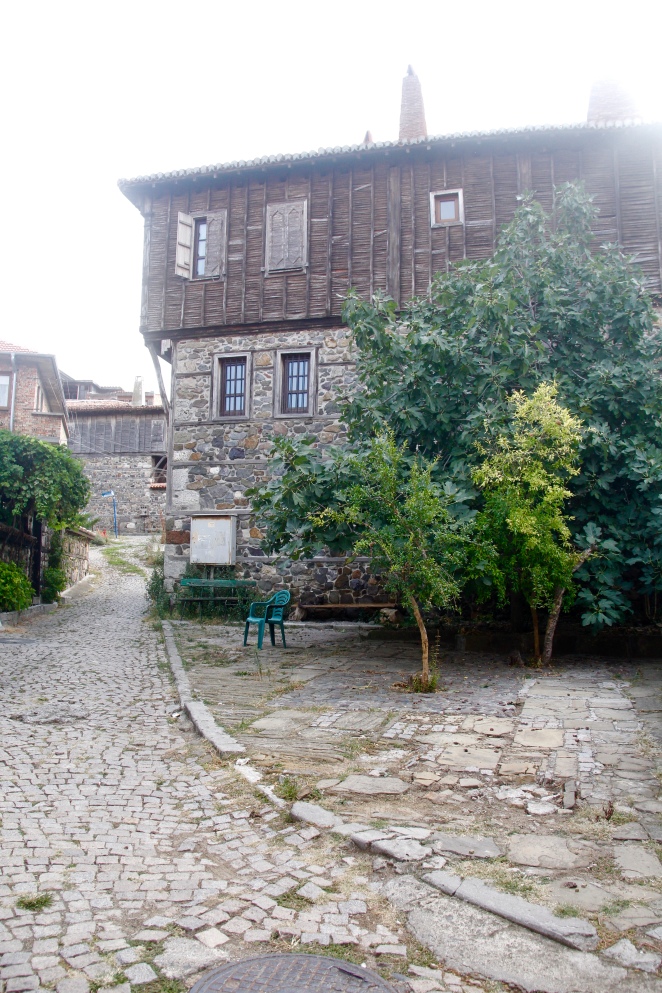 Despite the grey start to the day, the sun started to come out and humidity was at a high, although the wind was still strong.  We walked up and down small cobbled streets, said hello to passersby and workers boarding up businesses after the season. 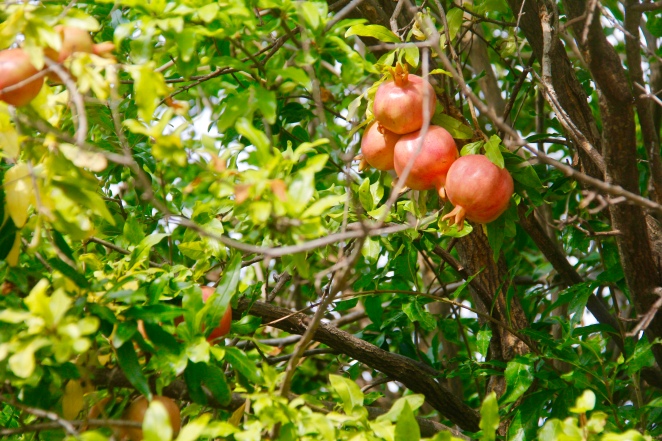 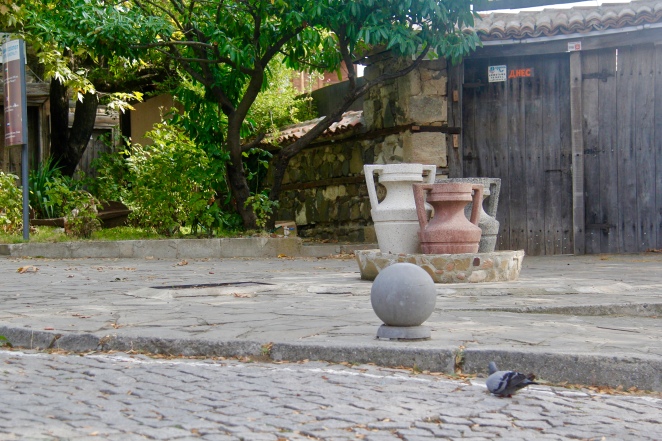 We made it to the tip of the peninsula and watched the water break on the rocks, acknowledging that at this point, this is the farthest east the 3 of us had been (so far in Europe) and that directly across the Black Sea from us was Georgia. 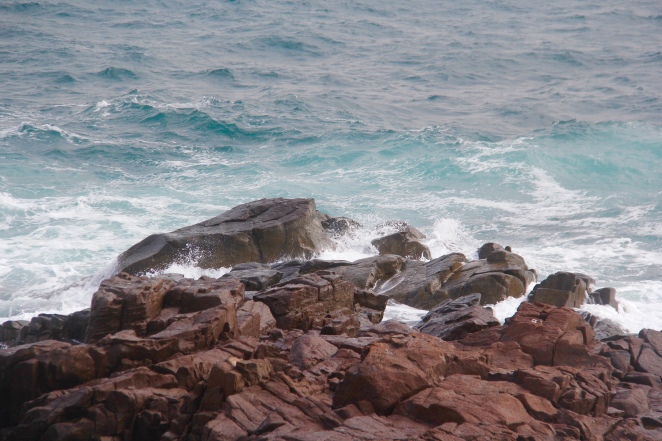 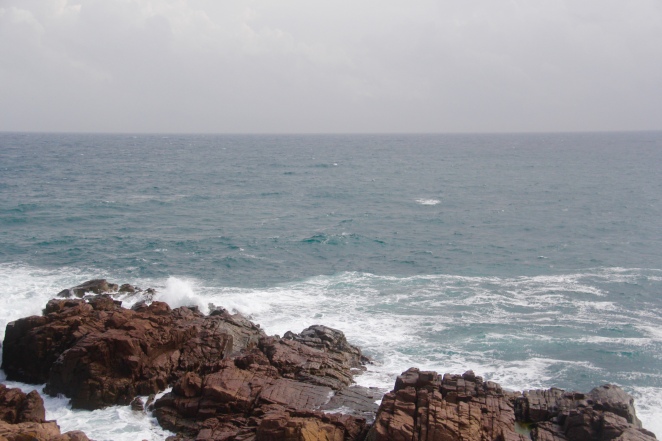 We wandered back to the centre of the old town and relaxed under a patio umbrella with some coffee and soft drinks.  Then, almost out of the blue, the rain came.  It was still warm and humid and we were cozy under the umbrella, so we just enjoyed it.

After a few minute the rain let up and we walked out of the old town, past our hotel and south towards Sozopol’s other beach, Harmanite Beach

Harmanite Beach is larger and quieter than Central Beach with apparently a lot of beach-side bistros and restaurants, but like most things, they were all shut and boarded up for the season.  The wind was getting stronger and whipping up some pretty big waves, although no surfers were to be seen taking advantage of it. 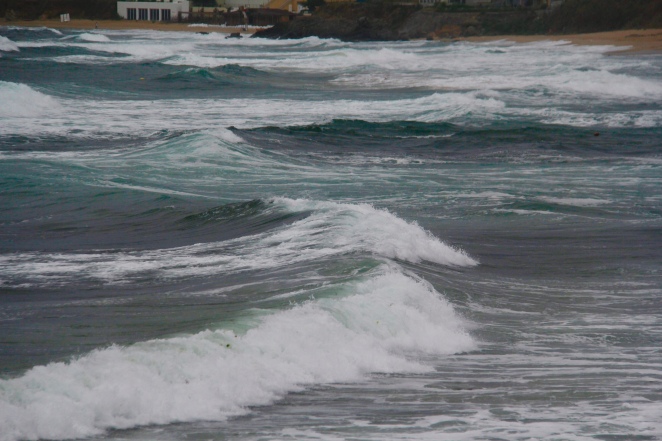 We found a cute little cafe and had a long, leisurely late lunch of beer, fries, kebab and schnitzel.  By 1600hrs, we were tired and wind battered, so Ma and Pa went off to find a a grocery store to get some snack food while I stood on a bluff by a little church and watched the waves.  Again, the sun started to come and I thought that maybe we’d have a beautiful sunset, but as quickly as it had come out, the sun was again behind the clouds and a nearby flash and boom indicated that it was time for me to back away from the water and head back to the hotel, where I met with Ma and Pa and we had a hotel room beer picnic for dinner and an early night.